A new study reveals that young Hen Harriers in England suffer abnormally high mortality compared with populations in Orkney and mainland Scotland; and the study provides compelling evidence that the most likely cause is illegal killing in areas associated with grouse moor management. 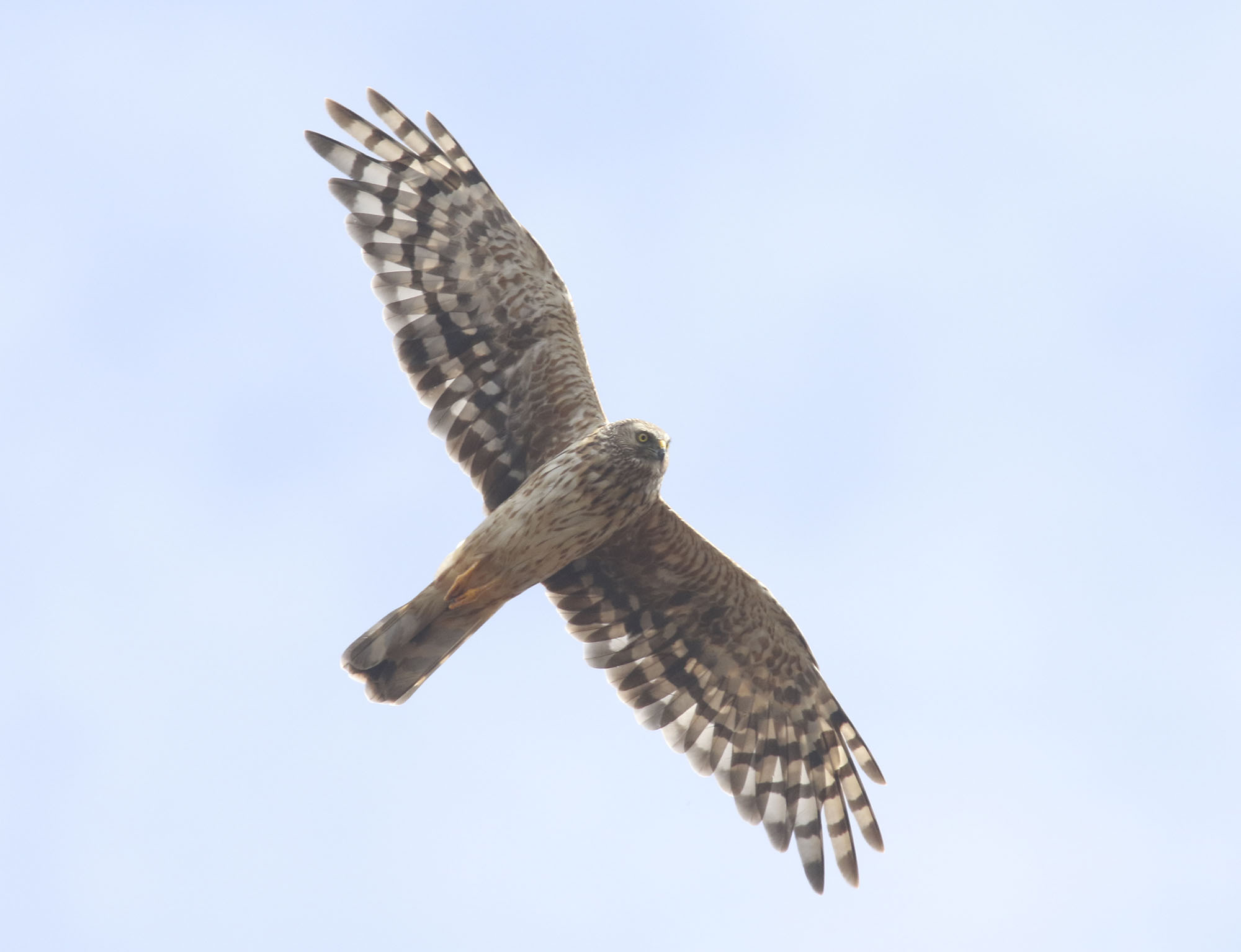 Published today in Nature Communications, this paper represents the culmination of a 10-year Natural England study involving 58 satellite tagged Hen Harriers. The analyses have been led by the University of Cape Town and Aberdeen University with the provision of land use data by the RSPB. The study showed the likelihood of Hen Harriers dying, or disappearing, was ten times higher within areas predominantly covered by grouse moor, compared with areas with no grouse moor. The study revealed that 72% of tagged Hen Harriers (42 of the 58) were either confirmed or considered very likely to have been illegally killed.

The Hen Harrier, sometimes called the ‘skydancer’ because of its amazing acrobatic display in the breeding season, is one of England’s rarest breeding birds and is legally protected. Illegal killing of Hen Harriers has long been thought to limit their population size, but identifying the scale of these crimes and their impact on harrier populations has been difficult because they occur in remote areas and evidence is likely to be destroyed, thus successful prosecutions are rare. This long-term study has enabled patterns of disappearances to be assessed across a large number of birds. This provides overwhelming evidence that illegal killing is occurring on some grouse moors, where some gamekeepers view Hen Harriers as a threat to their grouse stocks.

Stephen Murphy from Natural England led the data collection and commented: ‘Natural England welcomes the publication of this study, which demonstrates the value of tagging as a legitimate conservation tool. These analyses are a significant step in understanding the fate of tagged hen harriers, and confirm what has long been suspected – that illegal persecution is having a major impact on the conservation status of this bird.’

Megan Murgatroyd, from the University of Cape Town, who is the lead author of the study said: ‘Natural England’s long-term commitment to this tracking study has yielded an important dataset involving over 20,000 individual fixes. This is a remarkable achievement for a species whose population in England has averaged only a handful of pairs for the last few years. Whilst dead harriers can be disposed of, the pattern of Hen Harrier disappearances revealed by this data could not be hidden. The multiple levels of analyses of the data have all led to the same robust conclusion that hen harriers in Britain suffer elevated levels of mortality on grouse moors, and this is most likely the result of illegal killing.

David Douglas, RSPB Principal Conservation Scientist and a co-author on the paper, said: ‘The high rate of illegal persecution on grouse moors revealed by this study goes a long way to explaining why hen harriers are barely hanging on as a breeding bird in England. Satellite tag data are giving us very valuable insights into what is happening to our birds of prey in the UK. It has already provided compelling evidence of the link between suspicious Golden Eagle deaths and grouse moors in Scotland and now it has done the same for Hen Harriers in England.”