Abstract The migrations of Common Sandpipers Actitis hypoleucos are described by combining ringing data with findings from a geolocator study in Highland Scotland. The first part of the autumn migration involved feeding areas not far from the breeding grounds, where the birds’ body mass increased at a mean rate of 0.95–1.20 g per day. The median departure date of adults tagged in Scotland was 29th July. The first major stop was in Iberia, where they refuelled (mean rates of 0.6–1.93 g per day) before continuing to West Africa. Tailwinds characterised these south-bound flights. The main wintering area for tagged birds was the mudflats of Guinea-Bissau, with fiddler crabs Uca tangeri being the main prey species. The median date of departure from West Africa was 12th April. After crossing the western Sahara, birds refuelled in Morocco, Iberia or France and the median return date in Scotland was 2nd May. Potential reasons for the decline in numbers of Common Sandpipers are discussed, including drought in staging areas and unfavourable winds during northward migration. 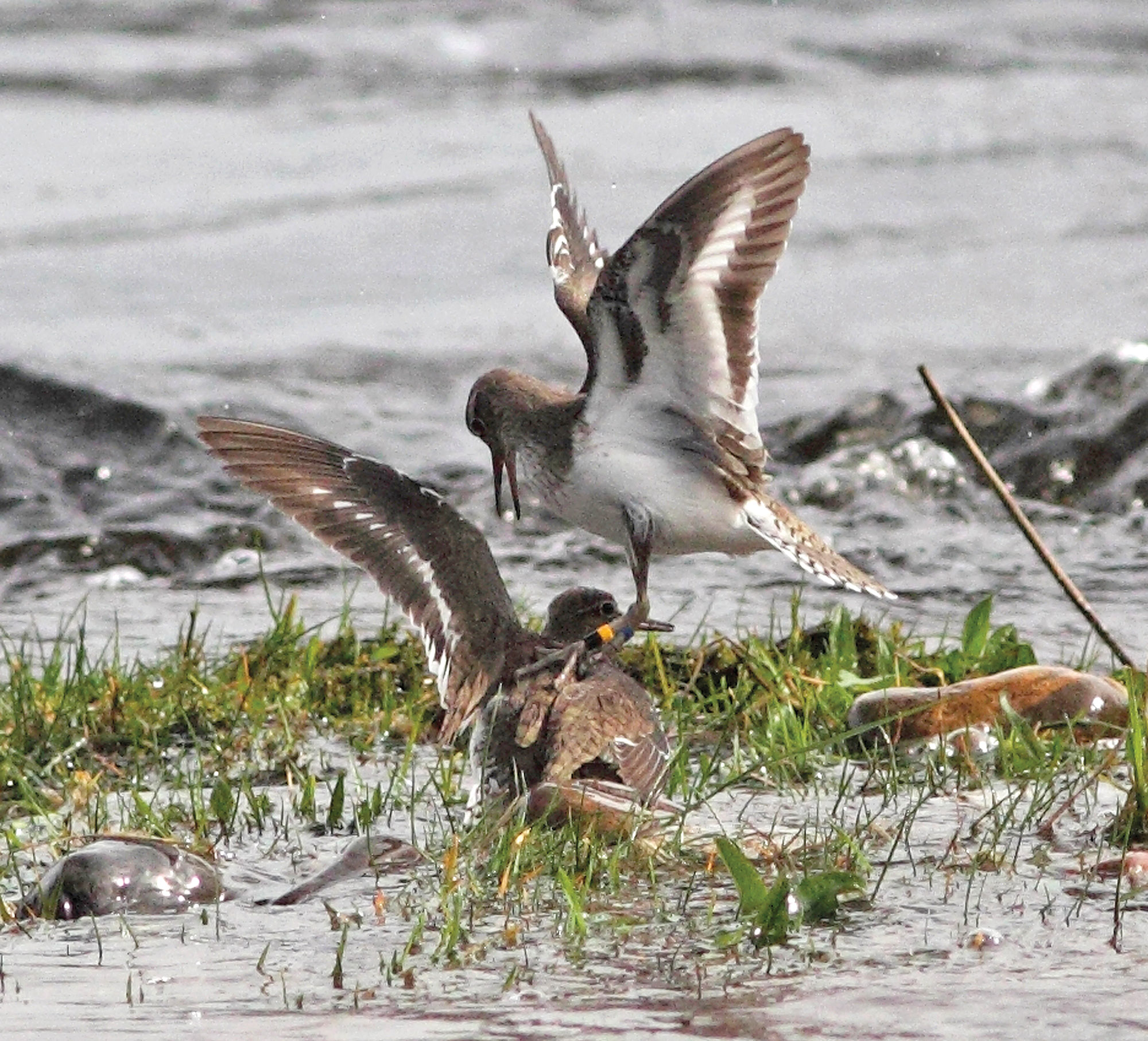 Common Sandpipers in a territorial dispute on the River Spey, Highland, April 2012. Yellow/black is carrying a geoloctaor. Brian Bates