Abstract Records of White-billed Diver Gavia adamsii in the UK have increased since the 1990s. Most of this increase has occurred in Scotland, where birds appear in inshore waters off the Outer Hebrides and coasts of Moray & Nairnand North-east Scotland from March to May, where they moult into breeding plumage prior to migrating to their arctic breeding grounds. Increasing numbers are also reported from Orkney, Shetland and northeast England. With between 20 and 40 birds now recorded annually, the species is no longer a British or a Scottish rarity. This paper outlines these changes, particularly in Scotland; discusses aspects of the biology and behaviour of the White-billed Diver in Britain; and reviews the key identification criteria. 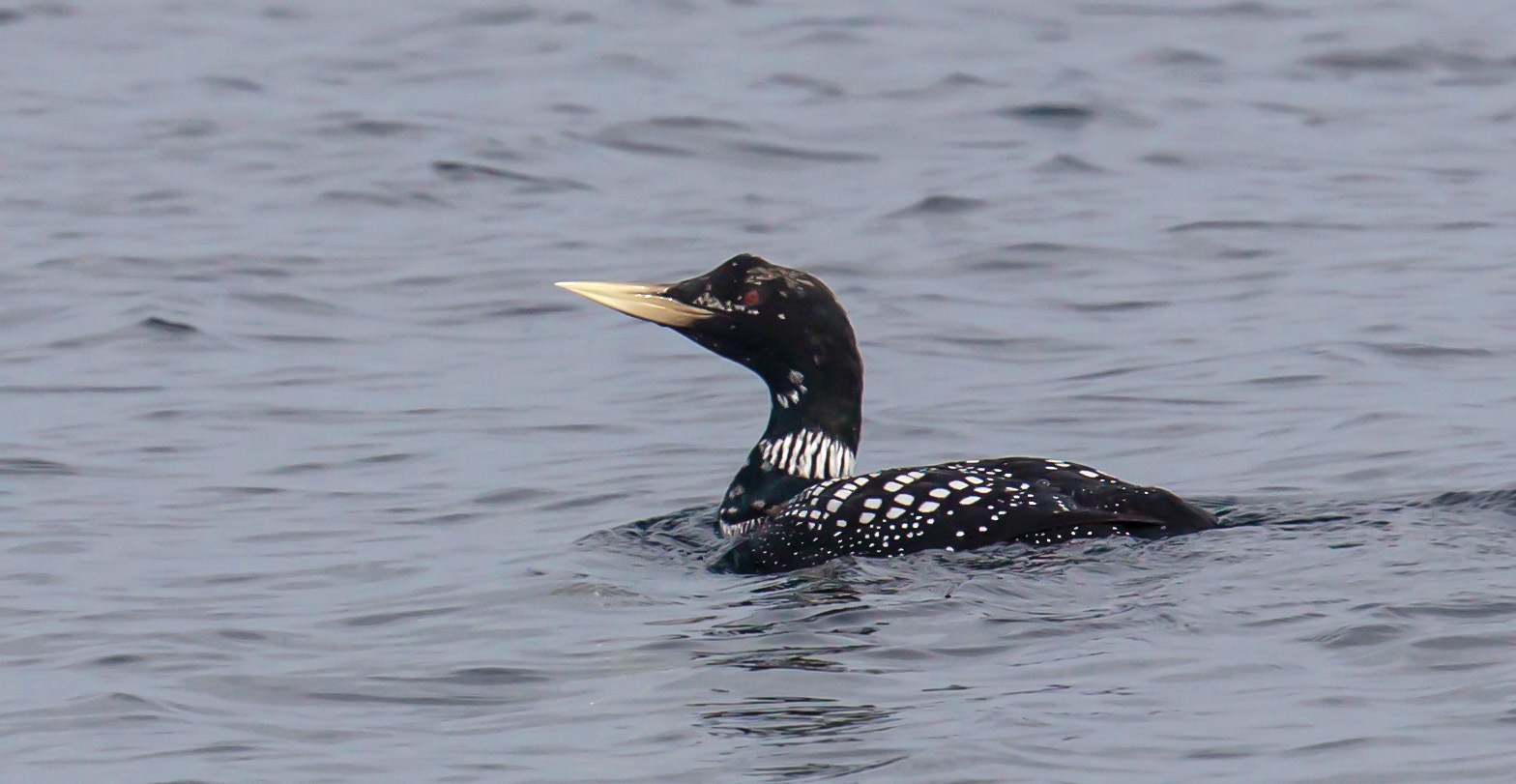 Adult White-billed Diver, Portsoy, North-east Scotland, 4th May 2014. This magnificent individual has almost completed its moult into breeding plumage, with just a few unmoulted feathers remaining in the head, throat and neck. Some birds undergo this transition in Scottish waters before returning to their high-Arctic breeding grounds. John Anderson