The dramatic decline of UK Common Nightingale populations – we have lost over 90% of these iconic birds in the last 50 years – has led to the species being placed on the Birds of Conservation Concern Red List. But the number of birds present has, until now, remained unknown, despite this knowledge being essential for assessing the importance of individual sites occupied by the species. 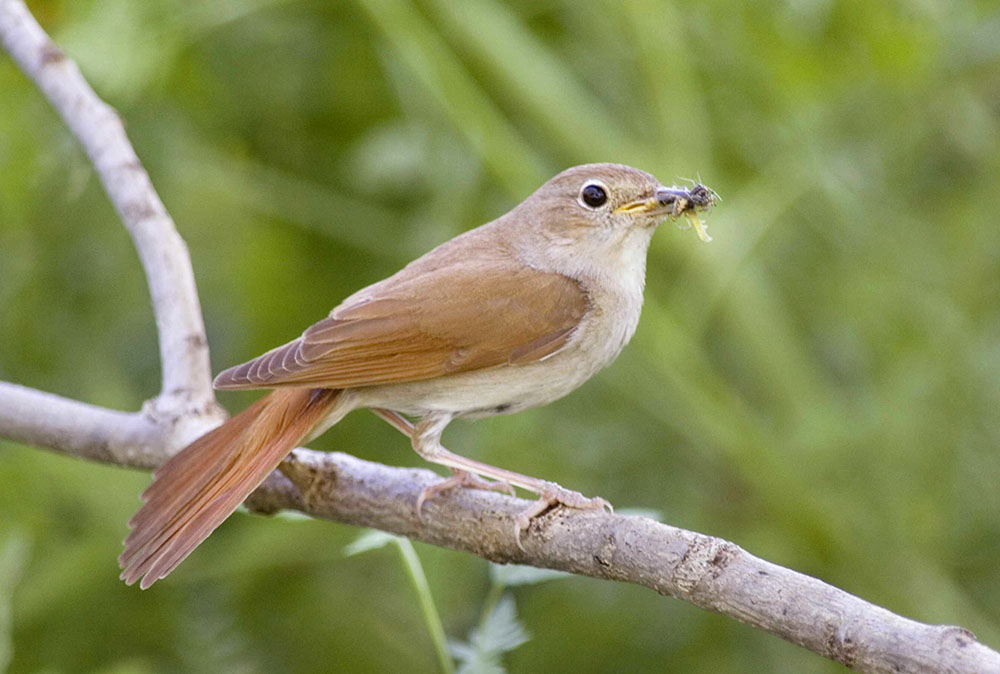 The latest figures from the British Trust for Ornithology (BTO), just published in a scientific paper using state-of-the art methods for assessing the size of national bird populations, make for interesting reading.

A team lead by Chris Hewson at the BTO, and relying on thousands of hours of volunteer surveying, used several analytical methods to create and assess the most robust population estimate possible. The population estimate tells us that the number of singing males is between 5,095 and 5,983 individuals, distributed at sites spread across the south and east of England. Moreover, the importance of Lodge Hill in Kent, threatened with development following a series of planning applications, was highlighted. The results presented in the paper confirms that the site holds over 1% of the UK population, making it of national importance.

Chris Hewson said: ‘Understanding how many Nightingales we have left is vitally important if we are to save the species here in the UK, as it enables us to assess which sites are nationally important. The relevant bodies can then look into protecting those sites that exceed critical thresholds of importance, hopefully ensuring that future generations can hear the beautiful song of the Nightingale for themselves.’

In 1999 the UK Nightingale population estimate was 6,700 singing males but this was likely to have been a significant underestimate due to the methods used. The new study highlights the importance of accounting for birds missed during surveys and accurately scaling-up to account for birds outside of surveyed areas when creating national population estimates. The importance of using multiple methods to allow the robustness of population estimates to be assessed was also emphasised, especially when the results have implications for site protection and subsequent planning decisions.

This research was made possible thanks to the support of Nightingale survey volunteers across the country, donations from the public, grants from charitable trusts and from Anglian Water who have championed our work with Nightingales for many years.  If you would like to help the BTO with our continuing research you can donate via www.bto.org/donate.