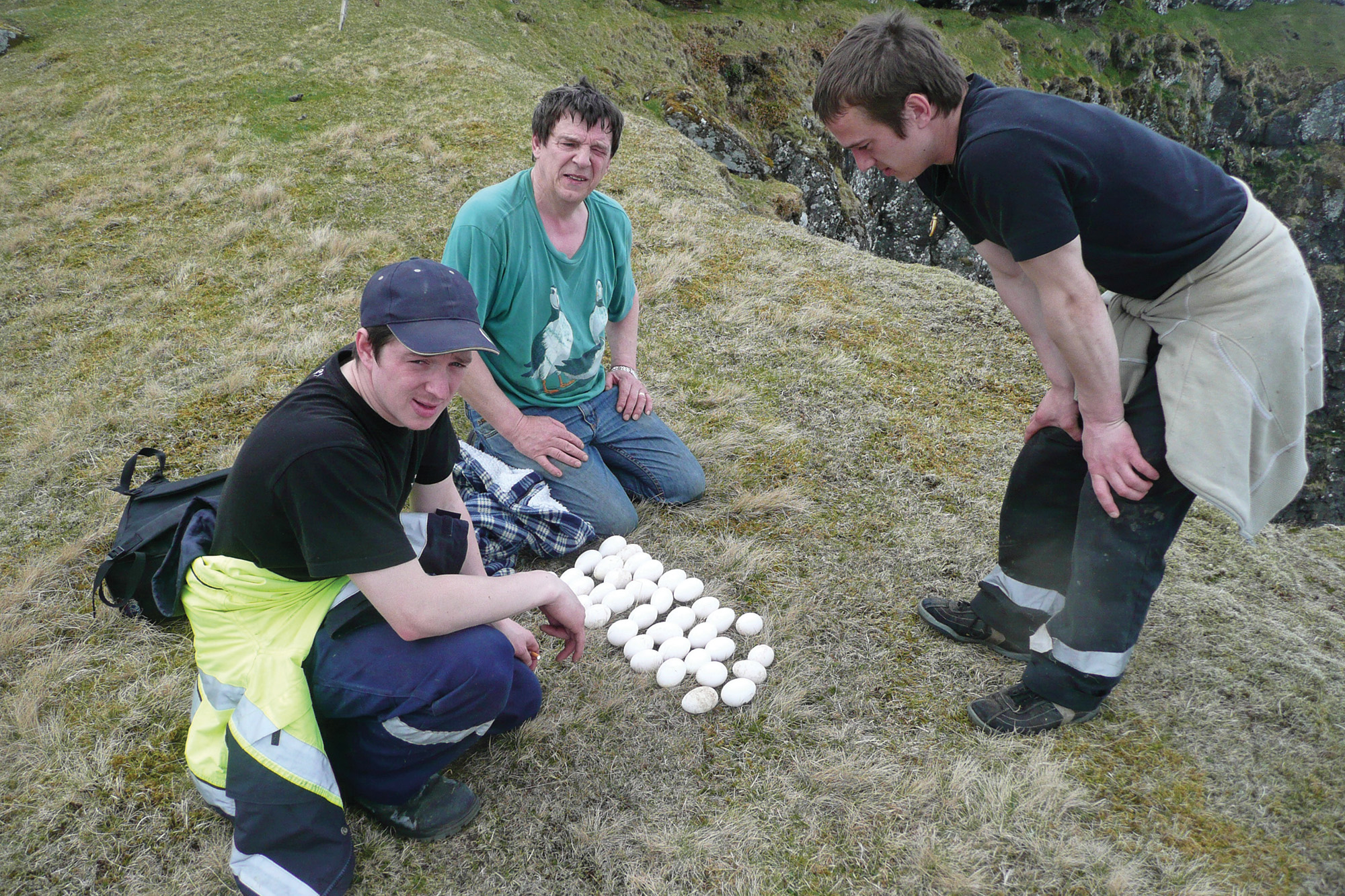 The annual harvest of Fulmar eggs in the Faeroes. Jens-Kjeld Jenson