a personal view of local ornithology in the United Kingdom, from the earliest times to 2019 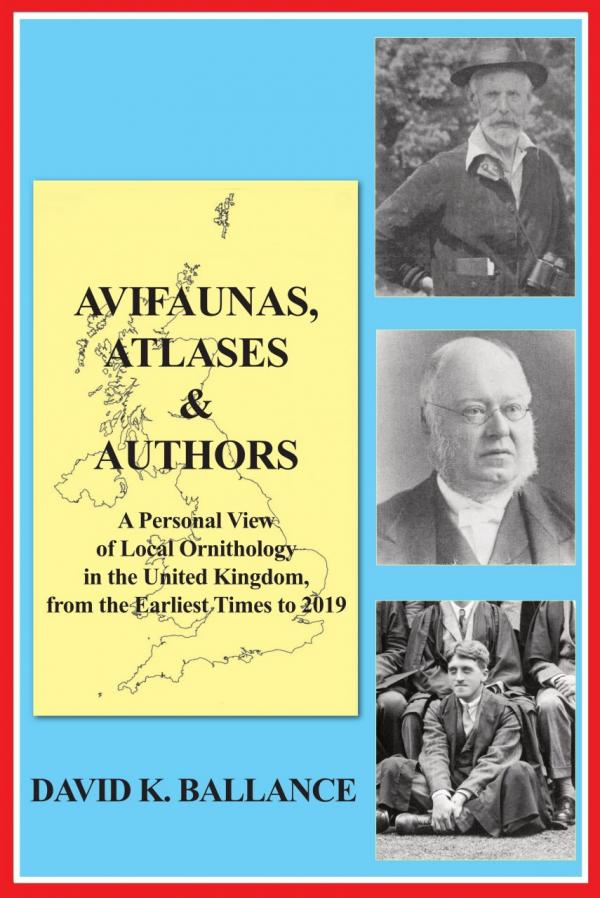 The subtitle gives a good summary of this new publication from the author of Birds in Counties (2000; Brit. Birds 93: 460) as this is very much the result of a huge personal project to document important county-based bird books and other publications. In part, it is an update to the earlier work but provides much more information, particularly on the individual local ornithologists. Limited to only 300 copies, and ring-bound at A4 to reduce the cost, the book comprises 350 fact-filled pages, each one containing many interesting and distracting anecdotes. It is easy to spend many pleasurable hours exploring the results of Ballance’s deep and extensive investigations. Clearly this has been a huge undertaking and all completed by just one individual.

The reader may initially feel rather intimidated by the pages of text and references sparsely interspersed with black-and-white photographs and illustrations, many of which are of the individuals who have played an important role in county ornithology over the last c. 300 years. The writing style is rather old-fashioned but eloquent and provides a good picture of each of the bird recording areas of the UK plus Isle of Man and the Channel Islands. For anyone interested in the history of ornithology at the county level this is a must-read. Though I suspect that the subject matter is of rather limited appeal, all credit is due to the author for providing this reference material in one accessible place.

The book is divided into two parts. The first describes three centuries of local recording in an 18-page review which concludes with a detailed critique of the avifaunas and especially local atlases which have been published in recent years. There are some useful points which organisers of future atlases would do well to consider, such as documenting access issues in the area (private estates, urban areas, large gardens) and how to handle boundary tetrads. There are six maps (some in colour) illustrating the development of bird distribution mapping, from territories of 12 summer migrants (including Wryneck Jynx torquilla) in Kent from 1908 (originally published in BB, 1909) to more modern maps for Devon (1988) and NE Scotland (1990) and example species richness maps (nine counties).

The bulk of the book is made up of information about people, places and key publications on a county (recording area) by county basis. Great efforts to include important texts have been made, but I feel that some contemporary publications may have been overlooked; indeed, increasingly, local summaries are now appearing only online. Thus, it turns out that this is a good point at which to have drawn a line under the mass of printed county ornithological literature, and this book provides just that detail.