Raptor persecution is seen by many people as a wildlife-crime priority in the UK and involves the poisoning, trapping, shooting or nest destruction of birds of prey. This illegal activity has continued to have a negative impact on the population and range of many raptor species, despite existing legal protection under the Wildlife and Countryside Act 1981. Recent research shows that 197 recorded incidents of raptor persecution took place in 2017 compared with 156 in 2016 (Wildlife and Countryside Link 2018).

It has been argued that the continued development of intensive game management for recreational shooting purposes has had a major effect on the abundance of many wildlife species. Grouse shooting is an important component of the upland economy in Britain, with wider conservation benefits such as maintaining heather moorland and its associated avifauna and biodiversity. Yet ‘driven’ grouse shooting, which requires high grouse densities to remain economically viable, has continued to remain associated with raptor persecution and disturbance, owing to the perceived impact of raptors on gamebirds. Evidence from the RSPB has suggested that 67% of those convicted of such offences are gamekeepers from shooting estates or intensively managed moorlands (RSPB 2017).

Despite substantial media attention and public interest, there has been minimal academic discussion regarding the drivers and significance of the problem. It must be recognised that people committing wildlife-crime offences, such as raptor persecution, can also be the victims of the effects of that wildlife crime. Gamekeepers may be encouraged by landowners to kill legally protected raptors and other predators in order to preserve healthy gamebird populations for shooting (Nurse 2011, 2013). Unfortunately, there has been little effort from the Criminal Justice System to address the inequality of employment power relations that may lead to offences being committed (Nurse 2011). Here, we report on a small-scale study that sought to present new findings into employment-related pressures to commit raptor persecution, via in-depth interviews with retired gamekeepers in England, Scotland and Wales.

Employment-related pressure was highlighted by most participants as a significant issue within the game-management role. Two main types of employment-related pressure were experienced and discussed: economic and lifestyle. Interestingly, participants from commercial or corporate shoots emphasised higher economic pressures than those employed on small-scale, less intensive shoots, run by a single landowner. This may be linked to the increasing demand for commercial/corporate shoots to produce higher gamebird numbers owing to the continuing intensification of the industry.

In our study, five out of nine participants stated that gamekeepers can experience employment-related pressure to control raptor species illegally. These pressures, alongside the personal consequences should they fail (including loss of job and property), can provide strong motivations to commit offences. Several participants were aware of estates that pressured keepers, while others spoke of historical industry standards. For example, Gamekeeper 9 (GK9) stated: ‘In the 1960s, 70s, 80s and early 90s it was absolutely industry standard. If it flies, it dies. If it’s not a grouse, shoot it. It was that clear-cut.’ This suggests that attitudes towards the illegal killing of raptors in the twentieth century differed significantly from the present day. More recently, an increase in public and political support regarding the protection of raptors has (arguably) led to the emergence of regulatory bodies (such as the National Wildlife Crime Unit) to assist in the prevention and detection of wildlife crime.

In some cases, the significance of economic and employment-related pressure can perhaps be related to the increasing demand for gamekeepers to supply higher numbers of gamebirds. This in turn may reflect the industrialisation and commoditisation of the shooting industry, with some commentators reporting that recreational shooting has transitioned from a quaint country sport into a multi-million-pound industry (http://bit.ly/2tby3Oz). Participants within our study also emphasised the relationship between economic pressure and the intensification of the shooting industry. For example, GK7 stated: ‘... there are lots of things that happen in shooting that really piss me off because it has changed so much from when I started. You know, the commerciality of it, is offensive in some ways, to me.’

Certainly, the evidence suggests a general pattern of increasing numbers of Common Pheasants Phasianus colchicus being released in the past 50 years, with approximately nine times as many released in 2011 as in 1961 (Robertson et al. 2017) and one estimate of 43 million Pheasants released into the UK countryside each year (Avery 2019). There is currently no legal requirement to record the percentage of birds being reared or shot; however, estimates put the proportion shot at 35–40% of the total amount of birds released (Robertson et al. 2017). The management of grouse moorlands has also intensified significantly in recent years, including aspects such as heather burning and use of medicated grit as well as predator control (Natural England 2009). The Game and Wildlife Conservation Trust found a 90% increase in densities of post-breeding Red Grouse Lagopus lagopus, from 171/km2 (1990–94) to 325/km2 (2010–14), in England. In addition, a 74% increase, from 81/km2 to 141/km2, was found in Scotland over the same period (GWCT 2015).

Within our study, participants provided different responses regarding who places employment-related pressure on gamekeepers to commit raptor persecution. In wider literature, it has been stated that economic offenders can commit wildlife crime as a direct result of employer pressure (Nurse 2011). However, one participant in our study stated that economic pressure can come from higher management positions (e.g. head keeper) rather than the employer (often the landowner). GK1: ‘some estates I know do pressure keepers a lot... I don’t think it’s ever really the boss. It’s more like the head keeper pressuring the under keeper, sort of thing, ’cause he’s going to get it in the neck.’ This clearly highlights that employment-related pressure is not only enforced by the direct, contractual employer. GK7 emphasised that economic pressure can form a chain of command structure: ‘I mean the first thing is from the employer or the agent of the employer and then from some head keepers, basically. The agents are quite ruthless and if the head keepers don’t do what they require of them, then they are gone.’ This message was reinforced by GK9, who stated that ‘… your landowner’s going to speak to your head keeper, who is then going to speak to the beat keepers, who are then going to speak to the under keepers.’

These responses clearly infer a pyramid of seniority (fig. 1). GK9’s response suggested that the landowner has a level of accountability and personal responsibility to ensure that his employees are working within the law. In legal terms, Scotland recognises the accountability of the landowner, shooting business or manager under section 24 of the Wildlife and Natural Environment (Scotland) Act 2011. This group can be held criminally liable for the actions of their employee(s) under the law of vicarious liability. The findings from our study suggest that policy in England and Wales should follow this model. 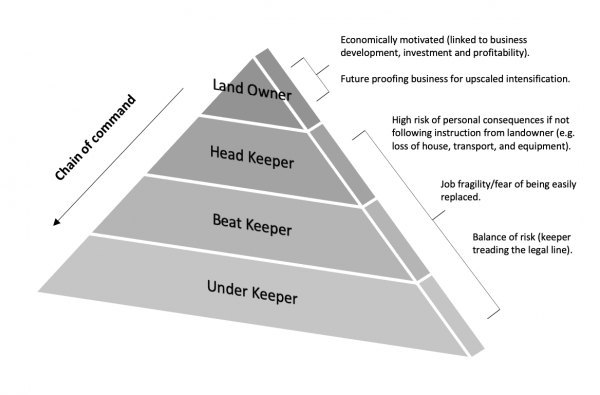 Fig. 1 also displays the participants’ personal experience of employment-related pressure to commit raptor persecution. For example, GK6 stated that direct pressure for the illegal control of raptors came from their landlord/boss: ‘He mentioned it. He did it in a roundabout way, they need shooting, you know, but I wasn’t having any of that... I wouldn’t be put under pressure like that.’ Despite the apparent prevalence of employment-related pressure on gamekeepers to commit raptor persecution, no academic study has discussed the significance of this issue in depth.

In addition to economic pressures, participants reported lifestyle pressures while employed as a gamekeeper. Although an annual salary is typically low for a gamekeeper, between £11,000 and £25,000, there are frequently a number of lifestyle benefits that come with the job, such as accommodation, transport, and equipment. For example, it is reported that for 90% of single-handed keepers, housing is included as part of their job package (Savills 2018). The burden to ensure the continuity of lifestyle was found to be heightened by the benefits that gamekeepers are provided with as part of their job. These lifestyle pressures could mean that gamekeepers may be more likely to take economically motivated risks, thus treading a thin legal line. Participants discussed job fragility or the fear of being easily replaced; GK9 stated that: ‘... gamekeepers are very often treated as completely expendable tools’.

The findings from this exploratory study suggest that policy in England and Wales should follow Scotland’s legal model towards wildlife crime and introduce vicarious liability. Although there have been few convictions under this new law in Scotland, it still appears as an important starting point for ensuring that accountability rests with the landowner, shooting business, or manager for the actions of their employee(s). Doubts have indeed been raised regarding its effectiveness, and current reports show a negligible impact on levels of raptor persecution (Sansom et al. 2016). Yet it seems obvious that any policy approach for wildlife crime should include penalties for the employer. On this basis, it is recommended that relevant regulatory bodies should seek to gather a more complete and representative evidence base, including the experiences of stakeholders, and develop a more holistic strategy towards raptor persecution in the UK. Ultimately, resources should focus on working to find a shared solution and allowing grouse moors to also thrive for wider socio-economic, conservation, and biodiversity purposes.

Wildlife and Countryside Link. 2018. Wildlife Crime in 2017: a report on the scale of wildlife crime in England and Wales.http://bit.ly/2NvyeuK 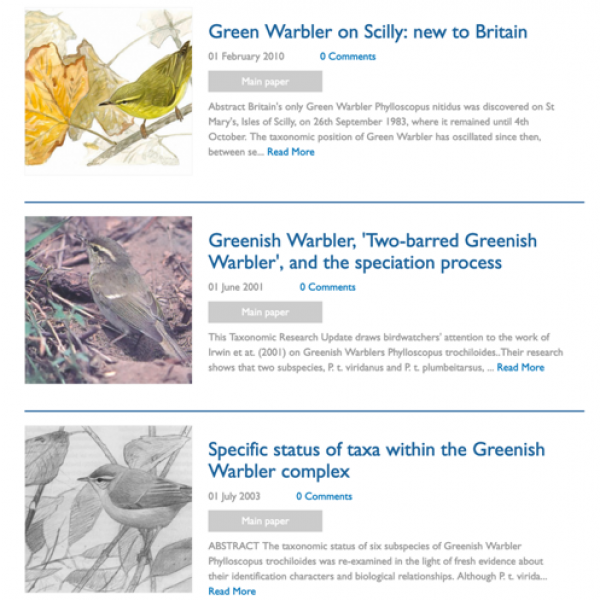 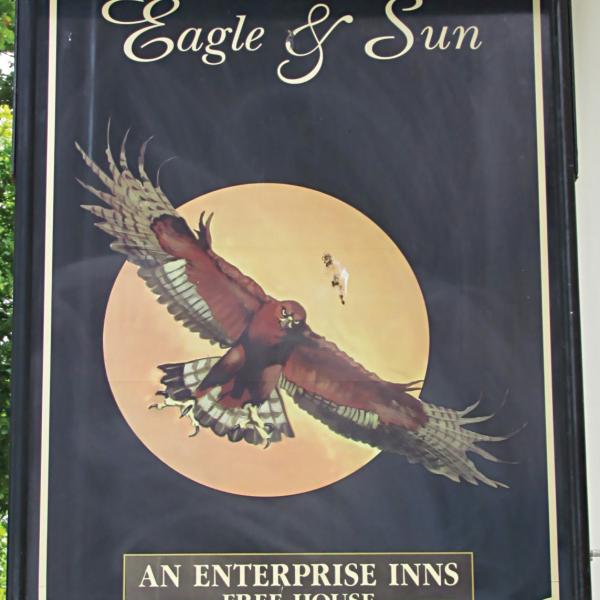