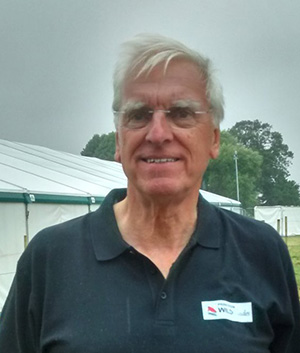 Rob Hume When J. N. Hollyer pointed out that Continental Song Thrushes Turdus p. philomelos had a flight call rather like that of the Redwing T. iliacus (Brit. Birds 65: 169–170), Richard Fitter, who had mentioned this (somewhat obliquely) in his Collins pocket guide, wrote that he should have taken advice given him long before by David Lack: ‘new facts should always be recorded in papers, not books, which obviously nobody ever reads!’ (Brit. Birds 65: 534–535). Similar questions are now raised by the huge amount of information available on websites, much of it on personal ‘blogs’, some of which has not made it into the popular (or authoritative) literature. Is it still best to publish observations in print, or does a reference on an ‘informal’ website suffice? When I recently visited Mallorca for the first time in many years, I was surprised to see Audouin’s Gulls Larus audouinii scavenging from picnic leftovers on the beaches and queuing up for waste food thrown from beach cafes. I could sit outside with a coffee and Audouin’s would edge within a few metres in the hope of a handout. Such behaviour was not mentioned in books I had to hand but, seeing it described briefly and informally on the internet, I assumed ‘everyone knew about it’ and that I was just ill-informed and out of date and put aside thoughts of writing it up. Now, Matthew Harrison has properly written it up in a BB note (Brit. Birds 109: 352–353), with useful extra information. I have also noted colourful variations in the spring face patterns of local Little Egrets Egretta garzetta, including various yellows and bright pink-mauve with or without blue central stripes. These are not mentioned in the usual books but there are brief references to such colours on internet sites, so again I thought it best not to appear to be ‘claiming’ something that others had been aware of for years. There is always the fear that readers will think ‘surely he hasn’t just noticed this and thinks he’s discovered it?’ It does, however, still surprise me that, after noting variation in the leg colour of Greylag Geese Anser anser over 30–40 years, this has not reached the literature, although it is also sometimes noted on websites. I mentioned Greylags with orange legs a few times in print (e.g. Hayman & Hume 2001, The Birdlife of Britain & Europe, and Hume 2002 (and subsequent editions), Birds of Britain and Europe) but none of the popular field guides, nor BWP or HBW, nor Ogilvie (Wild Geese 1978), for example, refer to any variation in leg colour. It is of no consequence for identification, and no doubt of little interest to most people, but it is odd that this variation has been ‘missed’ for so long. I noted orange-legged Greylags in the English Midlands and regularly see them in the Avon valley of Hampshire: if I look at 100 or so, I usually find 5–10 orange-legged birds, some matching the bright orange of a typical White-fronted Goose A. albifrons. I have not, though, recently been able to check ‘wild’ immigrant Greylags in winter, which may conceivably be different from introduced stock. In a tame, moulting flock in Poole, Dorset, in June 2016, I noticed variations from deep purple-pink, through typical pale pink, to pale orange with pink webs and toes, pale orange with pink on the joints and a few solidly orange. Around 15% would have been noted as orange at a distance. This is of small consequence but highlights the issue of how much information is ‘out there’ on the internet that has not been published in traditional ways. This refers to unpublished observations, opinions and discussions: the web has hugely improved the ability of all of us, however remote from a university library or the offices of one of the major conservation organisations, to do a moderately thorough ‘literature search’ of already published sources. Googling ‘Greylag Goose leg colour’ brings up 90,000 results (‘Little Egret face colour’ beats that with 313,000, so I am not about to trawl through all the possibilities; the assumption is that the first 15 or 20 references tend to be the more useful ones but who knows? This problem with the internet somewhat outweighs the benefits. There is also the question of what is authoritative and reliable on the web and what might not be in all of this material that is now so widely available but not necessarily tested and peer-reviewed. Much information is on personal sites, other items on what equate roughly to notes in county bird reports, other observations appear in various forums, with more or less literate and polite contributions. Much material is authoritative, well researched and ‘quality stuff’ – Birding Frontiers, initiated by the late Martin Garner, is an obvious example. Some is so exhaustive that it might, if published, clog up the pages of BB for years (for instance, the Gull Research Organisation provides an abundance of images and essential reference material for any gull-watcher). Both of these, Birding Frontiers especially, were promoted largely by one person, and with the loss of Martin Garner, how long will his brainchild continue? How ‘secure’ is internet material of this kind? Clearly, the internet offers a perfectly good alternative to published pages of print. It scores highly in its ability to present huge numbers of pictures, including ‘record’ shots that can be as helpful as perfect portraits. I doubt, though, whether I would have remembered, or could have located, Richard Fitter’s comment above had it been on a ‘blog’, but I could recall the gist of it quite well from a short letter in BB printed 44 years ago. But there is a strong possibility that useful nuggets of information are ‘missed’ by most people, including authors of books. There might be many observers with material much more important than the leg colour of a goose, which deserves publication, who refrain from writing it up because they come across casual website references that other people will not have seen. Rob Hume has a wide range of ornithological interests; he spent much of his working life at the RSPB, where he was editor of the RSPB magazine Birds for 20 years, and has also served as chairman of the British Birds Rarities Committee.