Birds of the UK Overseas Territories 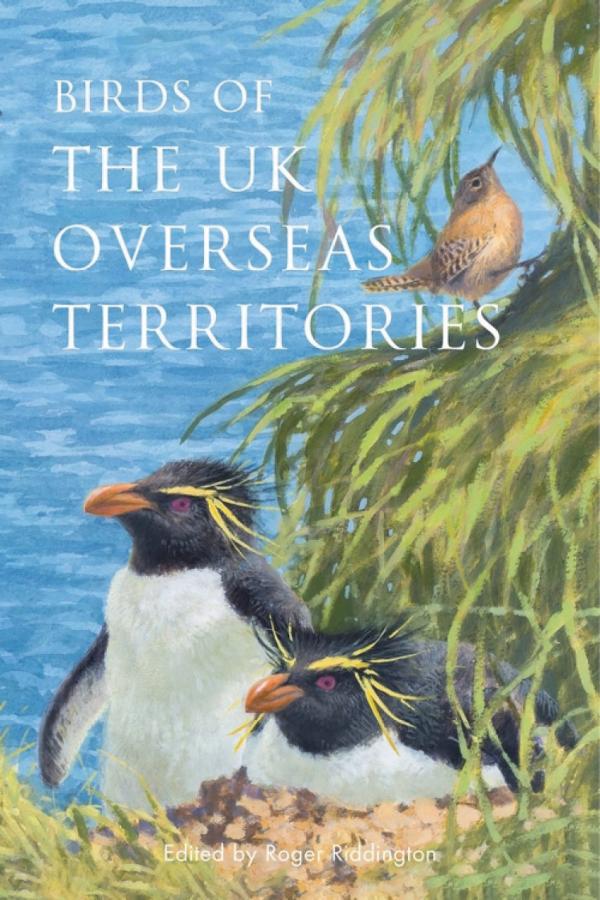 This book had its genesis in November 2008, when a groundbreaking paper appeared in BB entitled ‘Important Bird Areas: Tristan da Cunha and Gough Island’ (Brit. Birds 101: 586–606). This was the first of 14 such publications, which appeared in BB at regular intervals under the umbrella title of ‘Birds of the UK Overseas Territories’ (UKOTs). From those farthest reaches of the South Atlantic to the Caribbean, via the Indian and Pacific Oceans, these papers, written by authors with a deep connection to the sites, have revealed to the world the rich biodiversity that the UKOTs harbour. This book, which brings together the original papers in the traditional Poyser format, with updates on the older material (and one account, the British Virgin Islands, which has not yet appeared in BB), explores the birds and other wildlife of each of the 14 UKOTs, with a particular focus on environmental threats and conservation priorities. The book represents an important stocktake of the biological richness of these special places in the early twenty-first century. Each chapter is authoritatively written and lavishly illustrated.

The UKOTs are scattered across the globe. Many are small islands or island complexes. Some, like the Tristan da Cunha archipelago, are distant and inaccessible; a sign at the Tristan harbour landing welcomes you to ‘the remotest island’, and one of its satellite islands is in fact called Inaccessible Island (I know this to my cost, as I fell out of an inflatable boat there and broke a rib). People who have heard of these faraway places know of them mostly from stamp collections, shipwrecks or volcanic eruptions. They have wild and evocative names, which are a roll-call of many of the world’s most unattainable destinations: Anguilla, Ascension, Bermuda, British Antarctica Territory, British Indian Ocean Territory, British Virgin Islands, Cayman Islands, Falkland Islands, Henderson Island, Montserrat, St Helena, South Georgia, Tristan da Cunha and Gough Island, and Turks and Caicos Islands; and, lower down the desirability rankings, Gibraltar, and finally the Akrotiri Peninsula and Episkopi Cliffs in Cyprus.

In a rapidly changing world, the UKOTs symbolise global crises in climate and biodiversity. Threats faced by their wildlife range from mortality of seabirds at sea through industrial fisheries, and on land as a result of introduced ground predators, to the utter devastation caused by hurricanes in the Caribbean, which provide a stark reminder of our changing climate. In terms of global biodiversity they are remarkably significant. Among landscapes that range from coral atolls, through mangroves, dry forests and volcanic activity to the ice sheets of Antarctica, the UKOTs support no fewer than 45 species of birds currently considered to be globally threatened. They are also home to a third of all the world’s breeding albatrosses, and nine of the world’s 18 species of penguin. They also include two World Heritage Sites of exceptional natural beauty. Their inhabitants are British nationals, and the UK Government is responsible for protecting their incredible wildlife. The UKOTs could be considered the UK’s natural crown jewels. Many species are facing extinction unless action is taken soon to stop the devastation caused by introduced mammals such as rats, mice, feral cats and pigs.

Raising the money and identifying specially qualified personnel for these expensive programmes, and reaching remote islands on ships weighed down with helicopters and barrels of poison bait, is always a matter of priorities and logistics. Recommended mandatory reading on the most successful eradication expedition to date by any UKOT is the book Reclaiming South Georgia: the defeat of furry invaders on a sub-Antarctic island by Tony Martin and Team Rat for the South Georgia Heritage Trust.

Conversely, a very large eradication exercise on Henderson Island in the Pacific in August 2011 was unsuccessful. Only two years after the island had been bombed by poison bait, it was found that a small number of rats had survived, and very quickly the population returned to its previous level. This was much to the chagrin of Michael Brooke, the project leader, who had predicted that if successful ‘the patter of rats’ feet would no longer be heard among the leaf litter’.

Meanwhile, on Gough Island in the South Atlantic a drama of Dracula-esque proportions is being enacted, where super-sized House Mice Mus musculus are eating helpless albatross chicks alive in their nests. Early in 2020 all was set for an eradication programme to remove the rodents, when the world was struck down with the Covid pandemic and the team had to very reluctantly make their way back to the UK, to return to fight another day.

Such imperatives should reinforce the UK Government’s commitment to supporting and increasing its conservation effort for the UK Overseas Territories at this critical moment in their existence.