Birds in Winter: surviving the most challenging season 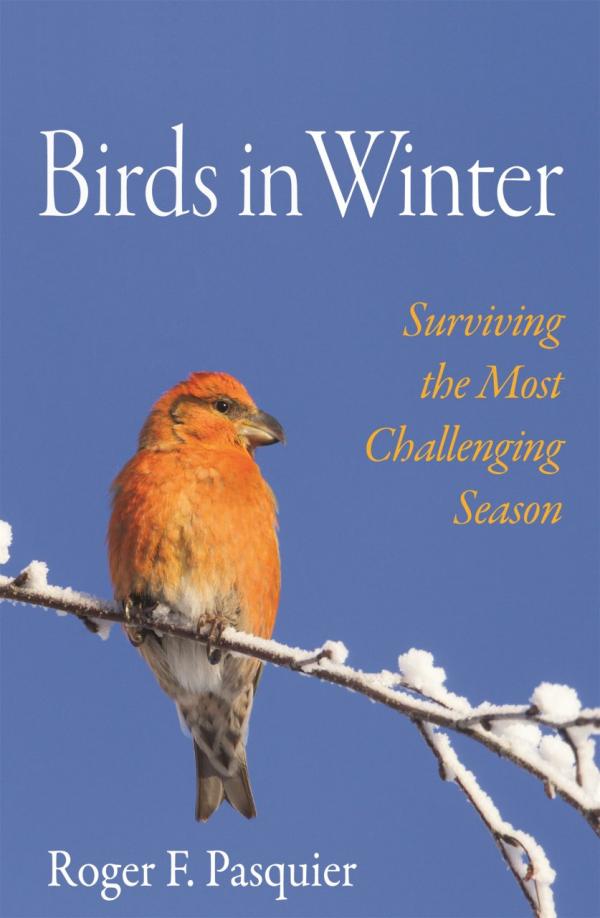 Understandably, perhaps, the season that is most challenging for many birds has received far less attention in popular literature than the breeding period. Birds, like other animals, set out to try to rear as many young as they can. But in order to do so, they must find a way to survive until they are old enough to breed and, if they are lucky, to make it through from the end of one breeding season to the beginning of the next. This book reviews the various ways this is accomplished, drawing on published studies from around the world.

The book deals with a vast subject area, from initial preparations for migration, through to habitat use in the non-breeding season and the diverse range of behavioural and physiological adaptations employed to make it through the winter. One of the most interesting (and under-studied) aspects is how migratory birds interact with residents when they move to their wintering areas. In this way, ‘winter’ influences residents in the tropics as they are forced to compete with birds moving in from higher latitudes. Social organisation is well described, highlighting the contrasts between the breeding and non-breeding season in many species. Colonial breeders often disperse widely and live out a solitary existence in winter, while many highly territorial birds gather in vast flocks once the breeding season is over. The range of different survival strategies and adaptations is bewildering.

The material is well organised with a sensible, progressive arrangement of chapters, plenty of subheadings and a useful summary to round off each section. The text is pitched roughly at the level of a ‘New Naturalist’ volume, bridging the gap between professional ornithologist and interested amateur. It is easy to read and accessible, although the sheer number of studies synthesised can make it feel rather relentless. The bibliography stretches to more than 30 pages. While the information is presented clearly, there simply isn’t any space for stories or embellishments to help lighten the load. Ruthless efficiency is the order of the day.

The author is from the USA but this is a truly global review. Inevitably, with such a broad remit and global coverage, the book provides only a brief summary of the issues, with select examples. There are studies of wintering birds in the UK that might easily have been included but miss out through lack of space. Another consequence of tackling such a wide subject area is that, for some topics, more comprehensive reviews are available. To take just two examples, in the chapter on conservation, the effects of human disturbance on wintering birds receives only two pages and the insidious effects of pesticides just a single page. Sensibly, the author opts to restrict coverage of the mechanisms birds use to migrate because this too has been well described elsewhere.

While the book is not lavishly illustrated, there are numerous delightful black-and-white drawings, all by Margaret La Farge, which help to keep the pages turning. This is probably not a book that many will read from cover to cover but it provides a well-organised, accessible and useful reference.