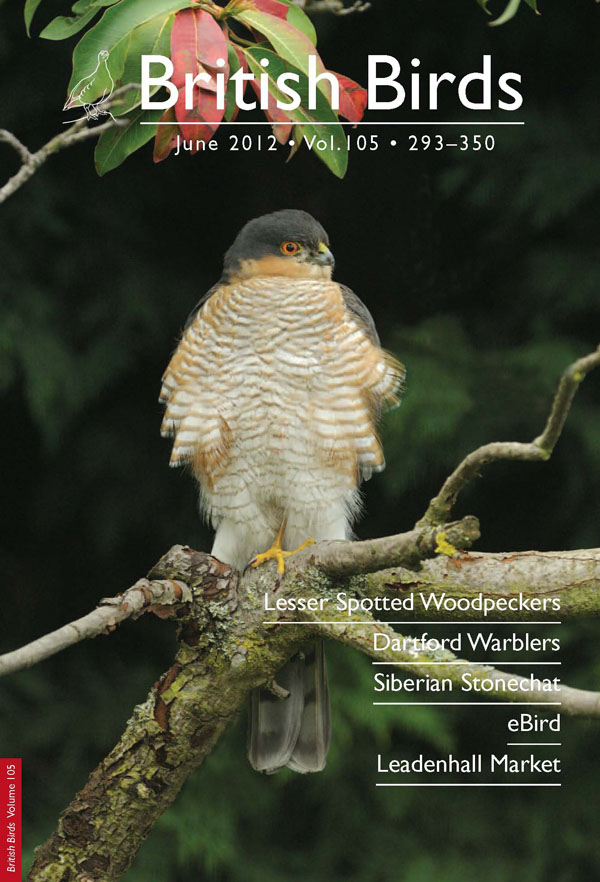 Summary of contents The ecology and conservation of the Lesser Spotted WoodpeckerÂ The Lesser Spotted Woodpecker is in serious decline in Britain and in many other countries in northwest Europe. In this paper Ken Smith and Elisabeth Charman review the recent research on the species in Britain and elsewhere in Europe, and discuss the conservation implications of this work. The breeding success of Lesser Spotted Woodpeckers in Britain is currently lower than reported previously and is also lower than that found in recent studies in Germany and Sweden. The proximate cause of this low breeding success appears to be chick starvation but more work is needed on the ecology of the species in the pre-breeding and breeding periods to identify the ultimate cause. Dartford Warblers on the Thames Basin and Wealden HeathsÂ The most recent full UK survey of Dartford Warblers was carried out in 2006. At that time, the numbers located on the Thames Basin and Wealden Heaths Special Protection Areas (SPAs) represented over 25% of the national population. Taken together, these two SPAs held more Dartford Warblers than either of the traditional strongholds, the New Forest and the Dorset Heaths. Numbers on the Thames Basin and Wealden Heaths SPAs and some peripheral heathland areas have been monitored annually by experienced local observers since the region was recolonised following the severe winters of 1961/62 and 1962/63. John Clark and John Eyre report the results of those surveys, including evidence of a dramatic population crash following the severe winters of 2008/09 and 2009/10. Factors affecting the populations over the period and prospects for the future are discussed. Genetic analysis of the first British record of Siberian StonechatÂ A first-winter female Siberian Stonechat Saxicola maurus shot on the Isle of May in October 1913 was the first British record of this species, and one of the few British records that has been assigned to the nominate subspecies. DNA from the mounted specimen was analysed; it matched known specimens of nominate maurus, and was clearly genetically divergent from S. m. stejnegeri, which is morphologically very similar to maurus. 'Caspian Stonechat' S. m. variegatus, the only other subspecies of Siberian Stonechat to have reached western Europe, can clearly be eliminated on plumage characters. Visualising bird occurrence - harnessing the power of the birding communityÂ The global online bird recording system eBird (www.ebird.org) was developed in the USA but recently became available worldwide. In this paper, two examples are used to demonstrate the power of the system to harness records generated by birders and improve our understanding of biological patterns. Leadenhall Market as a historical source of rare bird specimensÂ Leadenhall Market, in London, was perhaps the most famous of the poulterer's markets that could be found across Britain during the nineteenth and early twentieth centuries. The scale of commercial trade in birds, chiefly wildfowl and gamebirds but including many others, at such markets was remarkable. Rare and scarce birds turned up with some regularity, whether accidentally or intentionally, and the potential for fraud was significant. Martin Collinson distils the known evidence about the scale of trade at Leadenhall and some of the rare species known to have occurred. LetterÂ Alcids breeding in brackish water, and a historical record of Black Guillemot and Razorbill breeding in a freshwater habitat NoteÂ Reed Warbler with white tips to the tail feathers Book reviews, News & comment and Recent reports complete the issue. Order yourÂ back issue, or subscribe today
Volume:
Issue 6
Start Page:
293
Display Image:
< Previous ArticleNext Article >