British Birds has a panel of editorial advisors, who review material (papers, notes, letters etc) submitted to the journal. The members of the panel collectively cover a wide range of ornithological interests, but if something is beyond the scope of the panel, external experts are consulted before a decision on publication is made.

Below are short profiles of the members of the BB Editorial Panel and editorial staff.

Brian Small started birding in the late 1960s and 1970s in Hampshire, with his interest in sketching and identification developing hand in hand. Following a degree in photography and a PGCE, he started teaching in Suffolk, where he still lives. The first book he helped to illustrate was Birds of the Middle East (1996), followed by Birds of East Africa; since 2004 he has worked more-or-less full time on illustration (leading the odd bird tour for Limosa in between times), working on a number of titles including Handbook of the Birds of the World, Birds of the Thai-Malay Peninsula (2007) and Birds of the Horn of Africa (2009). His most recent publication is the Helm monograph on Reed and Bush Warblers of the World (2010), using plenty of brown paint in the process. He has served on the British Birds and and Suffolk Ornithological Records Committees. 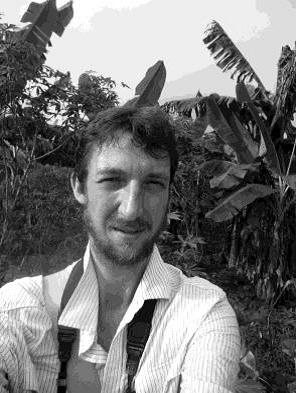 Chas is an ecologist, born and bred in Sussex where he began birding from an early age. After university in Norwich, he spent three years at Fair Isle Bird Observatory (1998–2000) and then enjoyed research and monitoring roles at the BTO up to 2015. During this period he also undertook a part-time PhD examining effects of deer on woodland birds. He is now Secretary of BBRC as well as Associate Editor of peer-review journals Ornis Fennica and Wetlands Ecology & Management. Happy bird places are searching for coastal migrants and ringing ducks at Abberton Reservoir.

Chris Kehoe began birding in the mid 1970s at local sites around Merseyside then on various twitching jaunts and foreign holidays. His first extended foreign birding trip took him to India and Nepal for 4 months in the mid 1980s. In the early 1990s he moved to northeast England, where he interspersed local patch watching with foreign birding excursions. He now works as a freelance bird tour leader, particularly in the tropics. Chris spent a while coordinating BBRC’s work on subspecies identification and assessment, is a member of BOURC and is currently living on Merseyside once more. His academic qualifications include a masters degree in English renaissance literature. 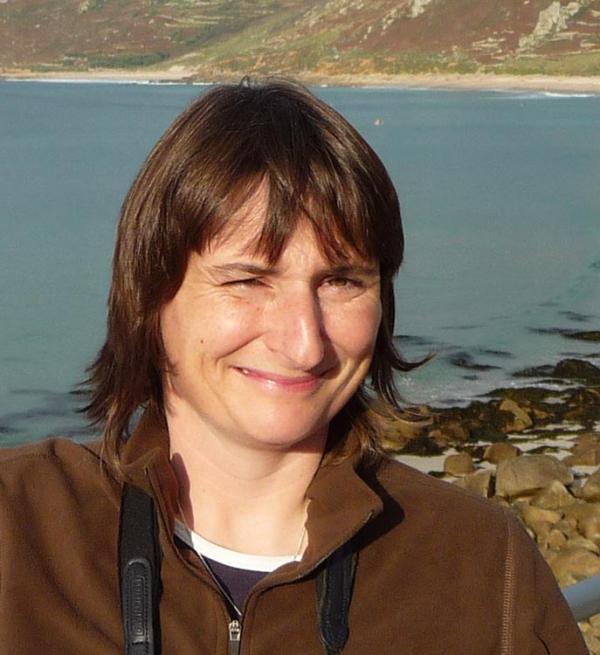 Dawn Balmer lives in the Brecks in Norfolk and is a keen birder and ringer and enjoys local birding as well as the occasional twitch farther afield. She has worked for the BTO since 1992 on a wide range of census, fieldwork, ringing and online bird recording projects. She was the Atlas Coordinator for the Bird Atlas 2007–11 project and is now Head of Surveys. Dawn also represents BTO on the Rare Breeding Birds Panel. In her spare time, she is on the British Ornithologists’ Union Records Committee, a Trustee of the Eric Hosking Charitable Trust and writes regularly for British Wildlife. Dawn is Secretary of BB's Editorial Panel. 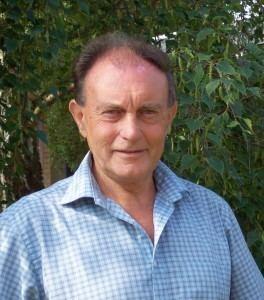 Ian Newton is an ecologist especially interested in bird population limitation and migration. For many years he specialised on birds of prey and on pesticide impacts on birds. He also has a lifelong interest in land use and conservation. Over the years, he has published more than 300 papers in the scientific literature, and authored 11 books on various aspects of bird ecology. 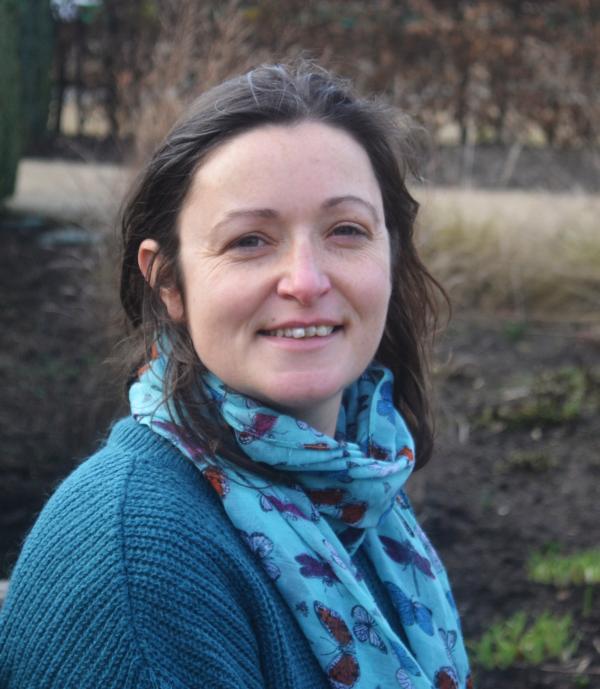 Kelly is passionate about the protection and restoration of the natural world and achieved her dream when started working for the RSPB in 2012. As a Senior Ecologist, Kelly works with the reserve-based teams to ensure RSPB nature reserves are managed in the best way possible for the species and habitats present. Kelly also has an interest in social sciences, and how we can influence behaviour change to reduce disturbance pressure on birds. She has a degree in Marine Biology & Coastal Ecology and an MSc in Ornithology. For her MSc thesis, Kelly investigated the impact of Agri-environment schemes in Wales on Yellowhammer populations. In her spare time, Kelly has taken part in a wide range of conservation projects, including bird-ringing projects (in Greece, Gibraltar, and Portugal), nest-protection of Hooded Plover in Australia, and post-eradication monitoring and biosecurity activities on Berlenga Island, Portugal. 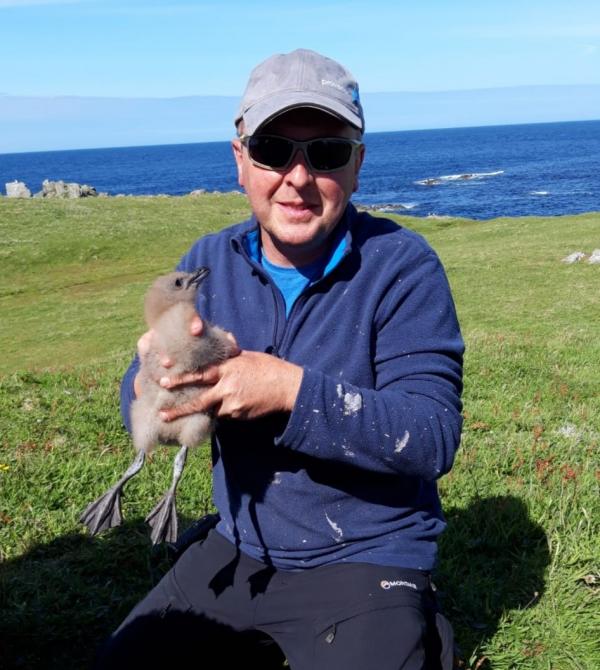 Kendrew is a native of northwest Ireland and currently lives in Co. Down. He has worked for a variety of government and non-government bodies on both sides of the border including, until 2018, a decade as a Senior Conservation Scientist at RSPB. Kendrew undertook his degrees in biological and environmental sciences and currently works as the project manager of an EU-InterReg marine project, and as company director of his own ecological consultancy. He runs a long-term research project on Brent Geese, and currently works on multi-year projects mostly involving farmland passerines, Barnacle Geese, and wintering and breeding waders. He has recently helped establish the Britain and Ireland’s newest bird observatory, Inishtrahull, in northwest Ireland. Kendrew is happiest in the field catching, marking, tagging and ringing birds, despite the endless frustrations in doing so! He is very much motivated to train and encourage the next generation to get into this business – including, he hopes, at least some of his own children. 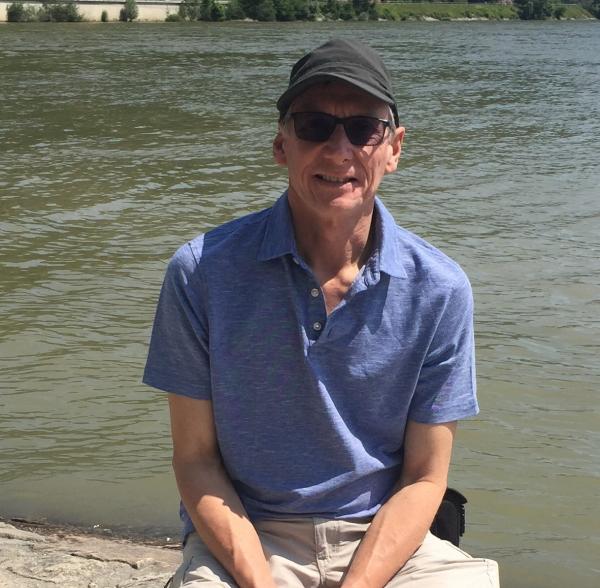 Mark Holling has been a keen birder since primary school and a reader of BB since 1980. A Director of BB between 2011 and 2020, he joined the Editorial Panel in 2013 and has a particular interest in the status and distribution of birds. He has contributed to and being involved in the preparation and publication of two local bird atlases in his home area of southeast Scotland. Although originally employed in IT, from 2006 to 2020 Mark was Secretary of the Rare Breeding Birds Panel and now is the Panel archivist. He loves nothing better than finding and recording birds while cycling the lanes of East Lothian or walking the local beaches and cliffs; recent interests include counting breeding gulls and terns and looking for breeding Rock Pipits, although the temptations of rarer things elsewhere draw him away from time to time! Mark is Chair of BB's Editorial Panel. 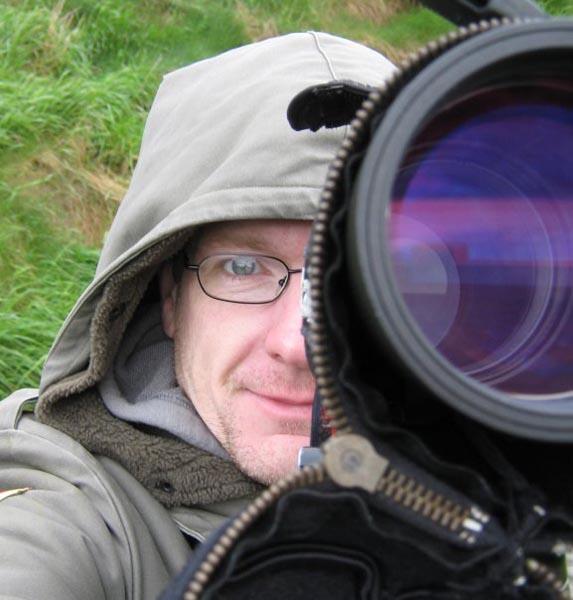 Martin Collinson cut his birding teeth as a teenager in North Wales, and subsequently in the Cambridge Bird Club. He has been an editorial board member for BB since 1998 and is an associate editor of Ibis. He is a former Chairman of BOURC and was the Convenor of its Taxonomic Subcommittee. He lives on the coast near Aberdeen and can usually be found staring into the sycamores trying to add Icterine Warbler to his patch list. 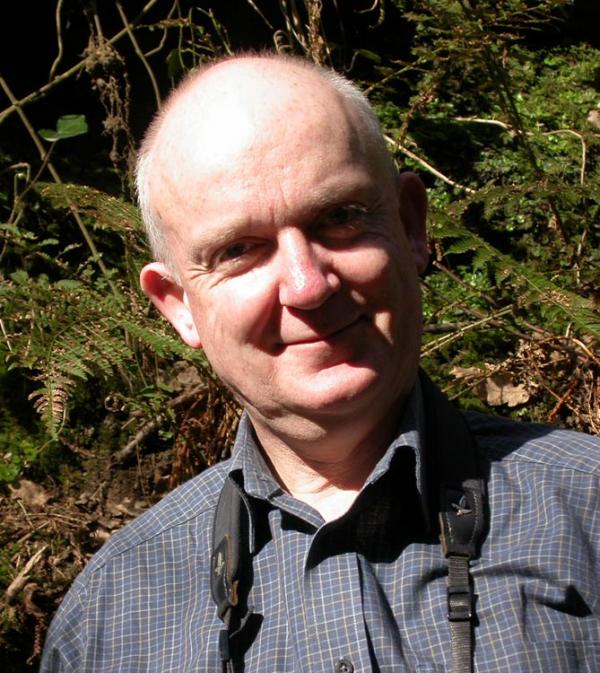 Nigel Redman lives in Norfolk, and has recently retired from his job as a publisher for Bloomsbury, responsible for the Christopher Helm and T&AD Poyser imprints. Since 1982 he has guided more than 100 tours for Birdquest, mainly to Asia and Africa. He has been an active birder since the mid 1960s, a subscriber to BB for more than 40 years and a member of the editorial board since 1998. He is a former chairman of OBC (the Oriental Bird Club) and has served on the councils of the BOU, OSME and ABC (the African Bird Club). Nigel is also co-author of Where to Watch Birds in Britain and senior author of Birds of the Horn of Africa. 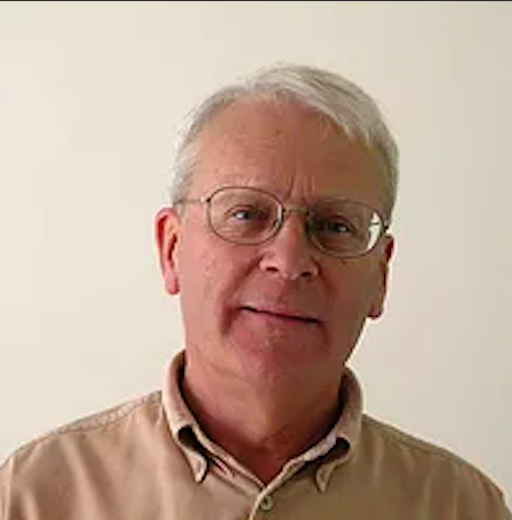 Richard Chandler lives in Northamptonshire and has a particular interest in waders and in wildlife photography. He has had an involvement with BB since 1980 when he became a Photographic Consultant, and subsequently joined the Editorial Board in 1987. He was one of the team that took over the running of BB in 2000 and is a former Chairman of Directors and retired as a Trustee in 2014. 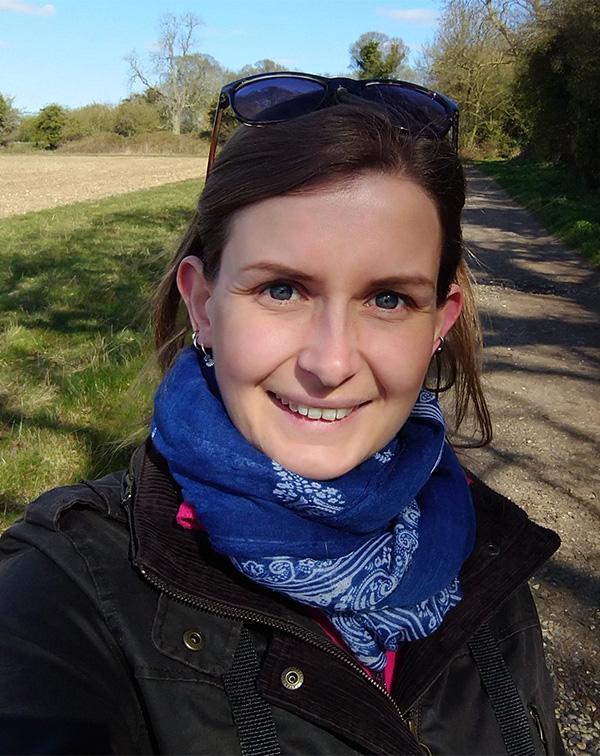 Sarah has always been interested in bird monitoring and making that data available as widely as possible for use in research and conservation. Currently running the Breeding Bird Survey and Waterways Breeding Bird Survey at BTO, Sarah is occasionally allowed out the office to work on bird tracking projects. Prior to this, Sarah has monitored White-tailed Eagles on the Isle of Skye, was Assistant Warden on Skomer island and wardened the Calf of Man Bird Observatory. Sarah is a very keen birder, bird recorder and has been a ringing bird for more than 20 years. She is the Honorary Secretary of the Rye Meads Ringing Group committee, Spurn Bird Observatory committee member, and Chair of the Spurn Bird Observatory Science and Research sub-committee. Sarah is particularly interested in Bird Observatory work, watching and recording bird migration, bird identification (including gulls!), mountain biking, kayaking and tending to a big tropical aquarium and a new garden!

Steve Votier spent his formative years birding in Norfolk and, following several years in southwest England, is now based in Lothian, where he is Professor of Seabird Ecology and Conservation at Heriot-Watt University. After completing his first degree at the University of Newcastle, he spent seven years at the University of Glasgow completing a PhD and post-doctoral positions on seabird ecology. As well as serving on the BB Editorial Panel since 2006, he is a member of BBRC and a former member of BOURC. Steve is happiest in the field, either working on seabird islands or looking for interesting migrants.

Caroline Dudley has been passionate about birds and other wildlife since a small child. After university, she spent six months voluntary wardening for the RSPB before joining the BTO in 1986. She spent most of her 13 years there as Assistant Nest Records Officer. Between the late 1980s and late 1990s, she was a keen twitcher as well as birder but now enjoys local birding, surveying butterflies and Red Squirrels near her home on the Isle of Wight. While at the BTO, she had been asked to proofread colleague’s work and enjoyed this so much that she decided to train as a copy-editor/proofreader. She took a Postgraduate Diploma in Publishing at Watford College in 2001 and was delighted to be offered the post of Assistant Editor for BB in 2002.

Peter Kennerley has been an Assistant Editor of BB since 2002. He began birding in Manchester in the 1970s and has since travelled extensively in search of birds, with a particular passion for all things Asian. While living in Hong Kong and Singapore during the 1980s and 1990s he developed a comprehensive understanding of many of the little-known birds of this exciting region, in particular within China. He is an experienced ringer, a skill which has enabled him to fully appreciate the subtleties which define many challenging Asian species, and has published numerous articles, mainly discussing field identification. For eight years he served on the Hong Kong Records Committee and is co-author of The Avifauna of Hong Kong, published in 2001. He is coordinator for the RIACT subcommittee of BBRC ,tasked with establishing criteria for the identification and assessment of rare races occurring in Britain and Europe. He is a popular tour leader and regularly leads birdwatching groups to destinations throughout Europe, Asia and North America. 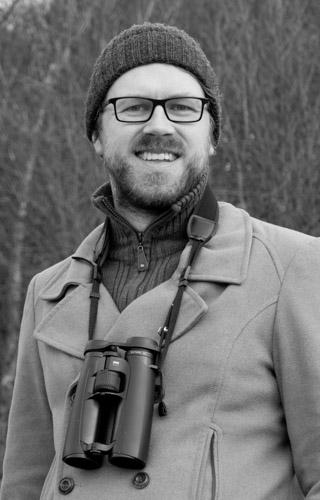 Stephen Menzie became the BB Editor in 2021. Born and raised in Liverpool, he now lives in southern Sweden with his husband, Nico. Like all BB staff, he works from home and is blessed with having one of Europe’s busiest migration routes passing straight over his house – on a good day in autumn, it’s possible to see 14 species raptor and half-a-million passerines from the office window. Stephen has a close involvement with Falsterbo Bird Observatory and has been the observatory manager since March 2020. When he’s not at his desk or craning his neck out of the window watching migration, he can usually be found birding or ringing somewhere on the Falsterbo peninsula.