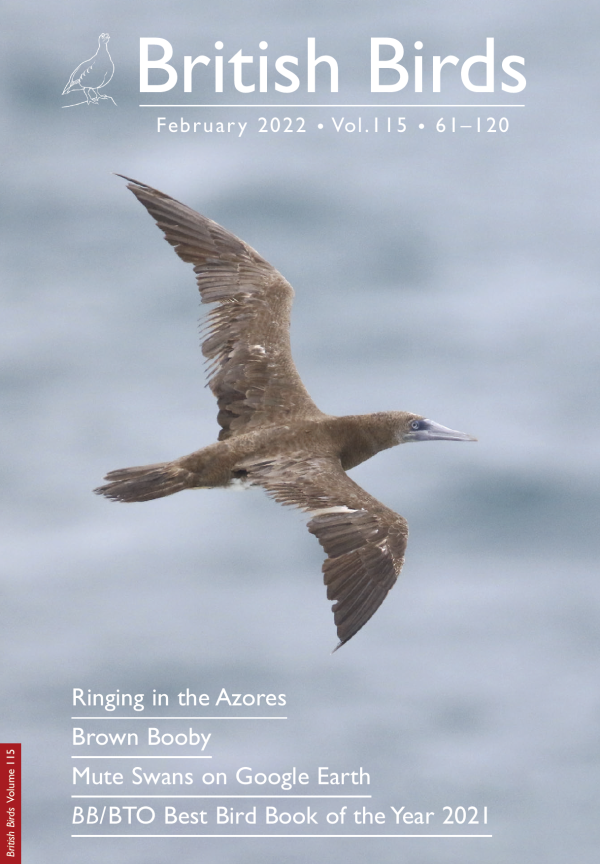 Both of our main papers this month concern vagrancy, and both concern the beginnings of something. In the case of ringing on the Azores, the eight birds featured in this issue’s paper are a small sample size by anybody’s standards, but they represent a not-insignificant chunk of the data available on the North American landbirds that have been ringed in Europe so far. Not only has this ringing activity brought about the discovery of a new species for the region – Connecticut Warbler – it has also given an insight into how the different birds are able to deal with such long vagrancy events by measuring, for example, the weight and amount of fat on each bird. A continuation of this project is sure to bring further discoveries.

The first Brown Booby in Britain, in Kent in mid August 2019, was swiftly followed by a further three individuals in Cornwall. Additionally, there has been a spattering of records elsewhere in northwestern Europe and a further British record, off the Isle of Wight. As we go to press, a Brown Booby was seen off Yorkshire with it, or another, later picked up exhausted in Sussex. What initially seemed like a one-off influx of this tropical-water species now appears to have been the first wave of what may turn out to be an expected annual showing. Why this sudden change in status for the species? Are warming seas in the north opening up new opportunities, or is a lack of food throughout their usual distribution forcing starving birds out to search elsewhere? What may be celebrated as a new addition to the British List may in fact be yet another climate-change red flag – and another reason to, as was stated at last year’s CoP26 summit and discussed in this month’s BB eye, ‘keep the 1.5 alive’.