Abstract The previously acknowledged first British record of ‘Continental Cormorant’ Phalacrocorax carbo sinensisconcerned a specimen from Christchurch, Dorset, in February 1873. Upon review, the specimen was reidentified as being of the nominate form P. c. carbo. A specimen from Orkney in March 1873 meets the recognised criteria for P. c. sinensis and becomes the first British record of this subspecies.

Two subspecies of Great Cormorant Phalacrocorax carbo occur in Britain: the widespread nominate subspecies P. c. carbo (hereafter ‘nominate carbo’), and ‘Continental Cormorant’ P. c. sinensis (hereafter ‘sinensis’), which is more restricted in range and incidence (BOU 2018). Birds breeding in British coastal areas are nominate carbo, which has a breeding range encompassing northwest Europe and the Atlantic coast of North America (Hagemeijer & Blair 1997). Some also breed at inland reservoirs in southern England, and the subspecies is resident or partially migratory in the UK (Wernham et al. 2002; Brown & Grice 2005). In contrast, sinensis is largely a winter visitor and passage migrant to Britain, but there are now breeding birds at inland reservoirs, mostly in southern and southeast England, sometimes alongside nominate carbo (Sellers et al. 1993; Goostrey et al. 1998; BTO 2019). The subspecies sinensis nests at freshwater sites across Europe and throughout much of Asia, south to southern India and east to China. The range and numbers have increased significantly in northwest Europe since the mid 1970s (Hagemeijer & Blair 1997), when sinensis was first recorded breeding in Britain (Brown & Grice 2005). Although sinensis has been on the British List for more than 80 years (BOU 1930), no ‘first record’ has been formally defined.

Recently, a specimen of sinensis held by National Museums Scotland (NMS), Edinburgh, was accepted by the Scottish Birds Records Committee (SBRC) as the first record for Scotland (McGowan & McInerny 2018; McGowan et al. 2018). The skin (accession number NMS.Z 1888.84.162) was from a bird collected on 30th March 1873 in Orkney at an unspecified location. The subspecies determination was made using the discriminant function developed by Sellers (1993) and Newson et al. (2004), and adopted by the BTO (Baker 2016).

When preparing the article on the Orkney bird, the authors noted that The Handbook of British Birds mentioned a specimen from Christchurch, Dorset, from February 1873 held by the Natural History Museum (Witherby et al. 1940). This pre-dated the Orkney bird by just one calendar month. However, the field characters described in The Handbook referred only to sinensis being distinguished by a much greater extent of white plumage on the head. More recently this feature has been shown to have limited validity for separating sinensis from nominate carbo (see Sellers 1993, for example), hence the development of the discriminant by Newson et al. (2004).

The occurrence of sinensis in Britain was first postulated by Hartert (1917). Commenting on the European forms of the Cormorant he wrote: ‘… it seems that in England, at least in autumn and winter, also Ph. c. subcormoranus… [is] found’. (Note that subcormoranus is an obsolete synonym for sinensis.) Specific reference to the Christchurch specimen was made when A Practical Handbook of British Birds was published several years later (Witherby 1924), though it was noted that that bird was the only British-taken adult resembling sinensis that the author had examined. Nevertheless, the BOU List Committee (with both Hartert and Witherby as members) viewed the Christchurch bird as an ‘undoubted example’ of the subspecies, and added sinensis to the British List (BOU 1930). Just a few years later, in 1935 and 1936, its status was confirmed following the identification of adult Cormorants that had been ringed as chicks on the Continent and recovered in southern England (Witherby 1936). The Dorset specimen, if not explicitly described as a ‘first’ by the BOU List Committee, had perhaps been tacitly acknowledged as such.

As noted, the subspecies determination of the Dorset specimen was based wholly or largely on the extent of white plumage on the head. However, subspecies identification now uses a combination of gular pouch angle (GPA) and bill measurements as an effective discriminant (Sellers 1993; Newson et al. 2004). The GPA may normally be accepted as the criterion for identification of sinensis in the field, being ≥73º in sinensis and ≤65º in nominate carbo, and this, together with sex-specific discriminants derived from bill biometrics from skins of known geographical origin, correctly classified over 98% of males and females to subspecies.

To determine the validity of the Dorset bird as the first British record, it was first necessary to establish that the specimen still existed, and then to assess the subspecies identification using the GPA and bill biometric discriminant.

During a visit to the Natural History Museum at Tring, Hertfordshire, in February 2019, RYM located the Dorset specimen in a tray of nominate carbo skins from England (plate 236). The specimen label confirmed that this was the specimen Witherby had examined: an adult female collected at Christchurch, Hants (sic) [now Dorset], in February 1873 by Baron A. von Hügel, with the accession number NHMUK 1873.12.3.31.

It was apparent that the head plumage did show more white than typical nominate carbo, but equally obvious was a GPA of less than 85º. Although the label bore the trinomial ‘Phalacrocorax carbo sinensis’, the skin was stored with nominate carbo, presumably reflecting the view of NHM staff. 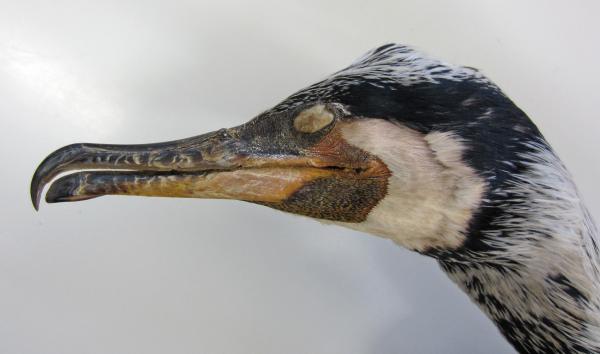 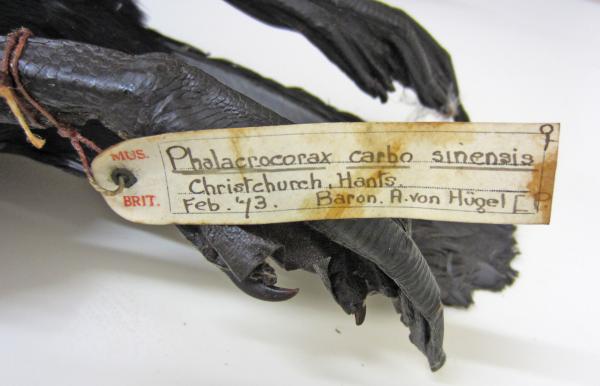 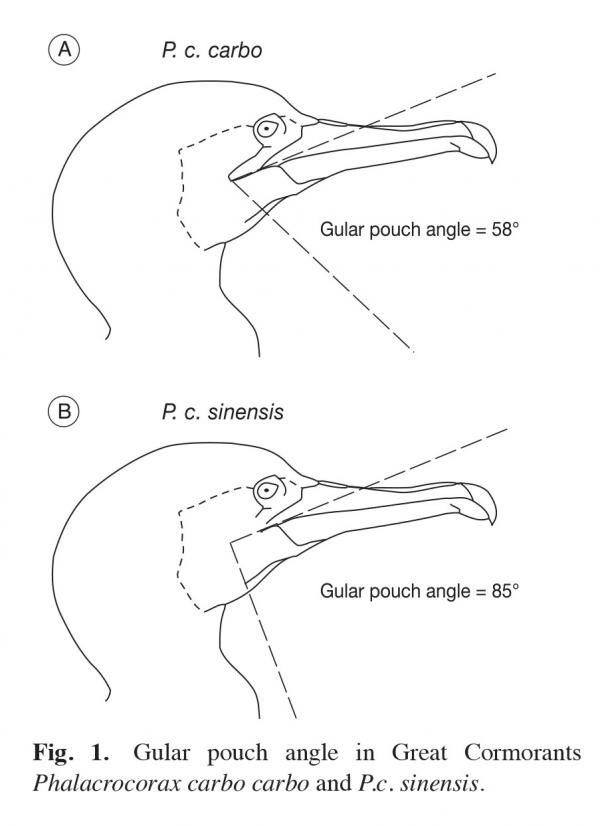 We are confident that the bird was sexed correctly as a female, which is relevant for confirming the subspecies using the discriminant developed by Newson et al. (2004). Cormorants commence breeding early in the year, and the white feathering on the head of the specimen is a feature of breeding plumage. It would be expected that the bird would have shown some development of ovarian follicles, which would have allowed unambiguous determination of its gender as female when the skin was prepared (Hein van Grouw pers. comm.). Furthermore, the wing length (330 mm) and bill biometrics are also consistent with female Cormorants (both nominate carbo and sinensis) rather than males (Cramp & Simmons 1977; Koffijberg & van Eerden 1995; Baker 2016).

No other Cormorant skins showing features of sinensis collected prior to March 1873 were found in the NHM or NMS collections.

The Christchurch specimen collected in February 1873, and considered to be sinensis by Witherby et al. (1940), was found instead to be nominate carbo. With no other known candidates, the Orkney specimen at NMS collected in March 1873 (McGowan et al. 2018; plate 237) was therefore proposed as the first British record of sinensis. These recommendations were considered by BOURC and accepted (BOU 2020). Consequently, the March 1873 Orkney bird becomes the first record of ‘Continental Cormorant’ P. c. sinensis for Britain. 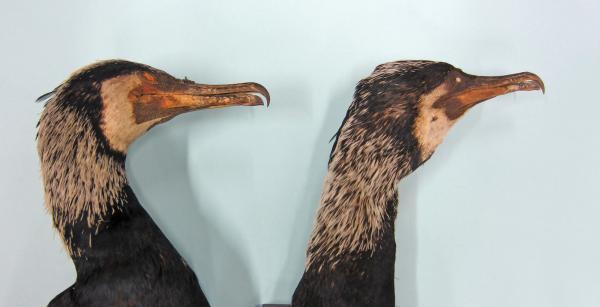 The authors thank Hein van Grouw and Mark Adams for facilitating access to the NHM collections at Tring and commend the awareness shown by Tom Dougall in noting the distinctive features of the Orkney skin.

British Ornithologists’ Union (BOU). 1930. Seventh report of the committee on the nomenclature and records of the occurrence of rare birds in the British Isles, and certain necessary changes in the nomenclature of the BOU List of British Birds. Ibis 72: 244–247. 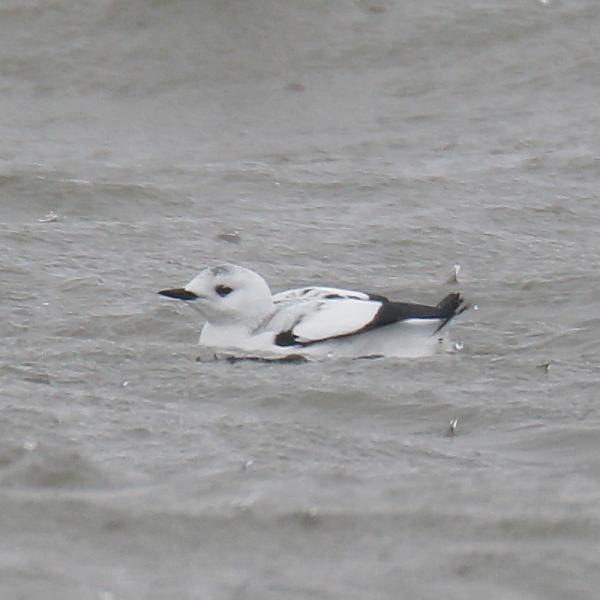 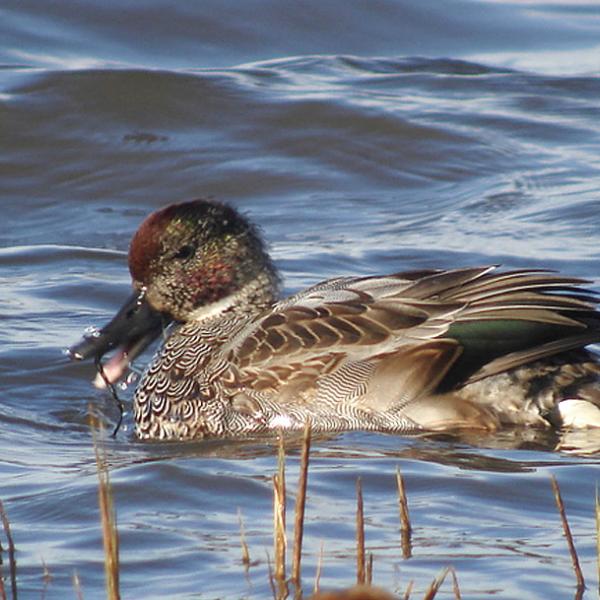 The Falcated Duck in Britain 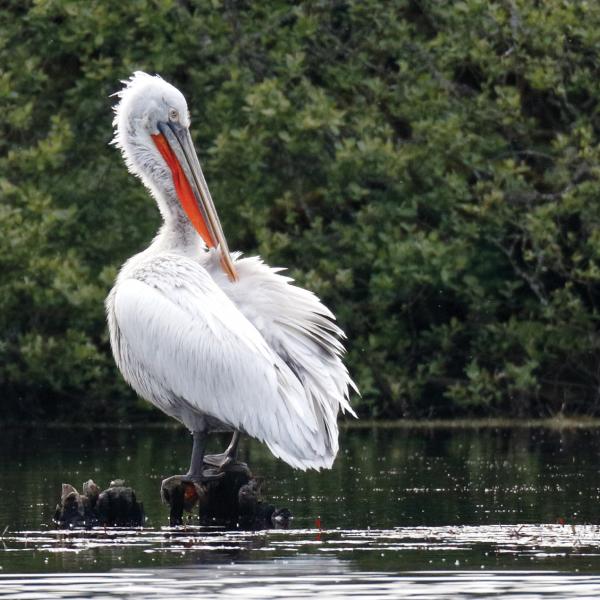 The Dalmatian Pelican in Britain 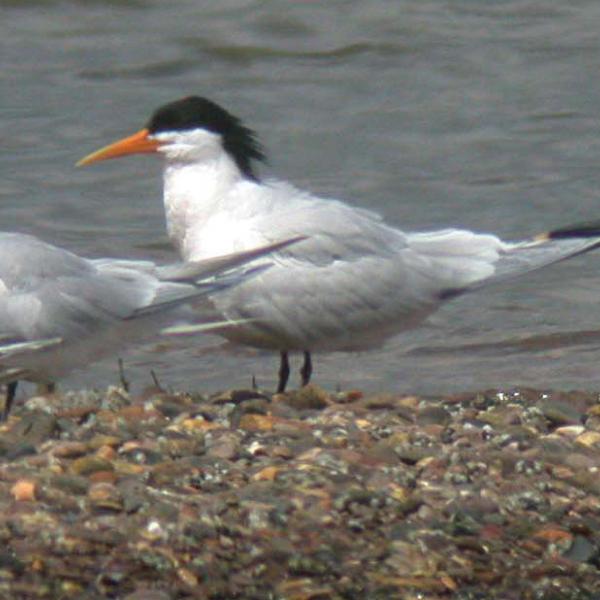 The Elegant Tern in Britain and Europe