BB eye: It was not DDT

This year marks the 60th anniversary of the first Peregrine Falcon Falco peregrinus survey in Britain. The results of this survey, which was organised by the BTO, quantified the ongoing crash in the population and highlighted the effects of organochlorine pesticides on wildlife, which ultimately led to a ban in their use. It also led to long-lasting public concern over the use of pesticides in agriculture. The most famous of these pesticides, DDT, gained a reputation as the leading cause of the declines in Peregrine numbers. However, our collective memories are distorted: while even senior conservation scientists and leading organisations commonly refer to the dramatic impacts of agricultural pesticides in Britain in the late 1950s and 1960s as having been caused by DDT (e.g. RSPB 2020a,b), if it was involved in bird population declines, it was to only a minor extent.

Observations of mass kills of wildlife had become increasingly common through the late 1950s, attracting the attention of the public, government and NGOs. A Committee on Toxic Chemicals was set up by BTO, RSPB and the Game Research Association (now the Game & Wildlife Conservation Trust), and chaired by Stanley Cramp. It gathered observations of pesticide-related deaths of birds, organised the analysis of pesticide residues in corpses and studied the passage of residues through food chains (Cramp 1963). The committee established that the problems probably resulted from the use of cyclodienes, such as aldrin, dieldrin and heptachlor, as seed dressings. The cyclodienes are organochlorines, like DDT, but they are much more directly toxic to vertebrates than DDT.

Broader interest in the environmental problems caused by toxic chemicals intensified in early 1963: Rachel Carson’s Silent Spring (1962) had become an immediate bestseller, and a toxic-waste spill in Kent that killed livestock added to both public and official concerns (Clark 2017). In March 1963, a conference on birds of prey in the UK was held, an overview of which was published in BB (Nicholson 1963) along with three papers that had been presented at the conference, including a substantial review of toxic chemicals and birds of prey that contained preliminary results from the Peregrine survey. The full survey results appeared later the same year (Ratcliffe 1963). In that paper, Derek Ratcliffe argued that the devastating decline in the Peregrine population could only be due to the use of cyclodienes. The agrochemical industry fought against the conclusions of the paper but their arguments were transparently spurious and the use of cyclodienes was increasingly restricted. The Peregrine population immediately started to recover, showing that Ratcliffe had been right in his diagnosis of the cause of decline (Greenwood & Crick 2015). 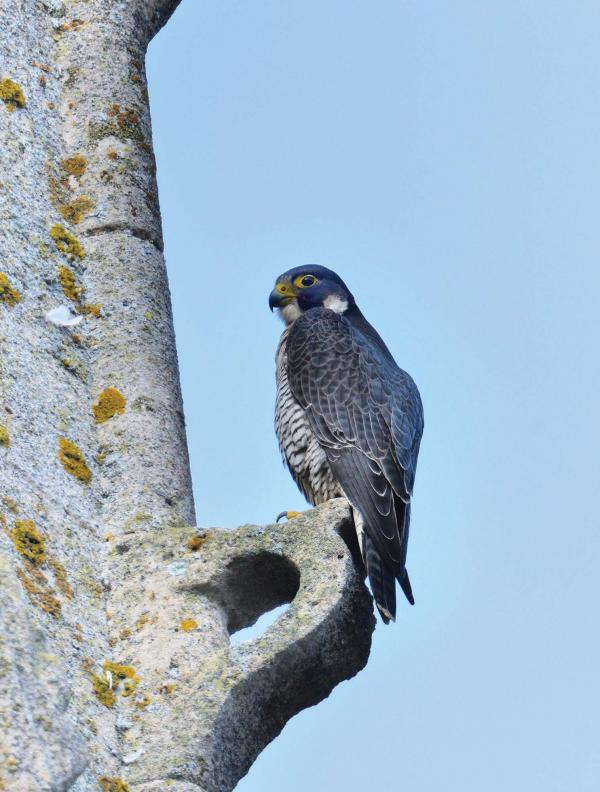 Given the conclusion that cyclodienes were responsible for both the mass kills of wildlife and the crash of the British Peregrine population, how did DDT enter the picture? First, no doubt, because Silent Spring dominated the public consciousness of pesticides and mentioned DDT much more than cyclodienes – Carson was American and in the USA the main use of insecticides in agriculture was the mass spraying of crops with DDT, not the dressing of seeds with cyclodienes. Furthermore, Ratcliffe had observed Peregrines with broken, thin-shelled eggs through the late 1940s and 1950s and experimental evidence showed that DDT caused shell-thinning. As a result, some American workers, swayed by the situation in their own country, argued that DDT must also have been responsible for the Peregrine crash in Britain. The facts demonstrated beyond doubt that this conclusion was wrong (Ratcliffe 1980; Newton 2015). In particular: (1) the Peregrine population did not decline until the late 1950s, after a decade of the use of DDT and of observations of egg-thinning; (2) the crash of the population in the late 1950s coincided with the introduction of cyclodienes as seed dressings and the widespread mortality of seed-eating birds in areas where cyclodienes were most used; (3) the crash was too sudden to have resulted from DDT, which merely caused reproductive failure (in contrast to cyclodienes, which killed adult birds); and (4) restrictions on the use of cyclodienes were immediately followed by the Peregrine population starting to recover. Much the same pattern was shown by the Eurasian Sparrowhawk Accipiter nisus population (Newton 1986). Reinforcing the argument, John Walpole-Bond wrote in his diaries that over a 50-year period (1904–54) he had removed virtually every Peregrine egg laid in Sussex, resulting in the complete absence of fledged young, yet this had had virtually no effect on the numbers of breeding pairs (Mike Nicholls pers. comm.). If virtually 100% breeding failure caused by egg-collecting hardly dented the Sussex population, why should failure due to thin eggshells caused by DDT have caused a crash?

This is not to say that DDT made no contribution to the Peregrine’s population decline. Owing to DDT’s effect of causing shell-thinning, the population may have declined more rapidly than it would have done had reproduction rates not been affected. Indeed, this apparently happened over much of North America, where DDT was used much more per unit area than in Britain (and cyclodienes much less). The population decline there seems to have been due entirely, or almost entirely, to DDT and its effects on reproduction.

Why do we still see so many references to DDT being the cause of the crash – despite Ratcliffe’s decisive argument and the more recent publications of Newton (2015) and Nicholls (2018)? Perhaps because, as the first synthetic pesticide to come into widespread use, including in homes and gardens, its name got deep into people’s minds; perhaps because the three-letter name is easier to remember than longer and more technical names such as cyclodienes; perhaps because so much of the literature was written in America; perhaps because Silent Spring, with its American concentration on DDT, rightly remains well known and is still in print; or perhaps because the internet is flooded with the views of ‘neoliberal advocates of unfettered markets, who perceived in Carson a major reason for what they saw as related evils: environmentalism and an expanded state’ (Hecht 2012). These people state that Carson caused millions of deaths from malaria because she called for DDT to be banned (she did not, she merely argued that it should be used more judiciously) and that the decrease in its use was the result of its being widely banned (it was not, it was because DDT was found to be increasingly ineffective because mosquitoes became resistant to it). Finally, and unfortunately, some of those who know the truth nonetheless use phrases such as ‘DDT and related chemicals’, presumably in order to communicate with a public that recognises DDT but not the ‘related chemicals’ that were the real causes of the problem. Such an approach may make communication easier but what is the point if what is being communicated is wrong?

Does the history of 60 years ago matter? Of course it does. As Santayana wrote: ‘Those who cannot remember the past are condemned to repeat it.’ The experience of cyclodiene seed dressings should have taught us a lesson – but neonicotinoid seed dressings were later used for many years with dire consequences for bee populations (Pisa et al. 2017). Yet again, the agrochemical industry felt free to use spurious arguments and irresponsible tactics to try to prevent controls on neonicotinoids. These even included conducting and publishing experiments where the design was such that they could not possibly show deleterious effects on free-living bees (Schick et al. 2017; Bailey & Greenwood 2018). History matters. The pesticide saga of the 1960s was a turning point for the environmental cause. Let’s get the details right, especially in a year that marks the 60th anniversary of the first Peregrine surveys and Derek Ratcliffe’s work.

I thank Jon Franklin, Ian Newton, Mike Nicholls and Rodrigo Vera for useful discussions and their comments on a draft of this piece.

— 2020b. ‘Pesticides and wildlife.’ www.rspb.org.uk/our-work/our-positions-and-casework/our-positions/agriculture-and-land-use/farming-land-use-and-nature/pesticides-and-fertilisers/wildlife

Jeremy Greenwood was formerly Director of the BTO and currently holds an honorary position in the Centre for Research into Ecological and Environmental Modelling at the University of St Andrews.