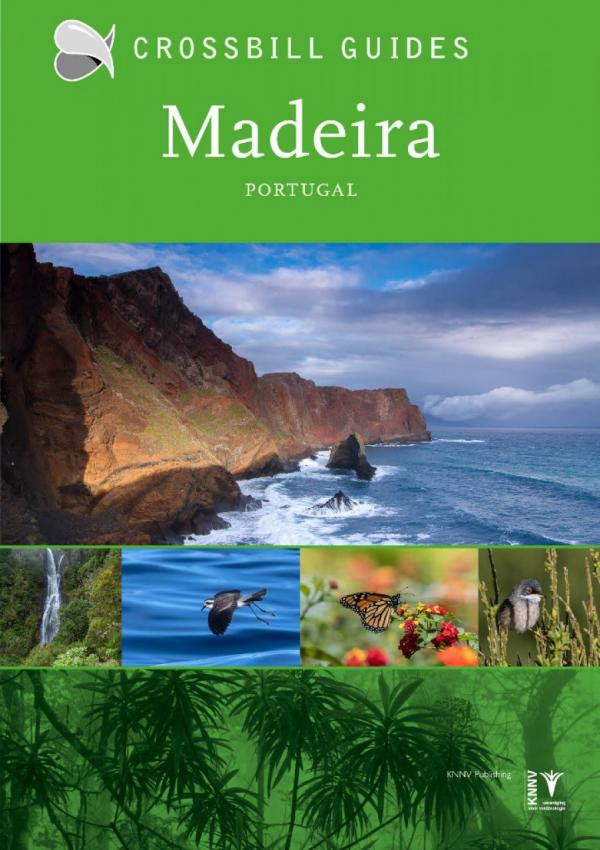 By Kees Woutersen and Dirk Hilbers

Being just a four-hour flight from the UK and with fares sometimes as little as £40 each way, it is no surprise that Madeira is a popular tourist destination for holidaymakers. By contrast, it has drawn less attention than it deserves among birdwatchers, perhaps because it supports a meagre 47 breeding species. However, these include three endemics: Zino’s Petrel Pterodroma madeira, Trocaz Pigeon Columba trocaz and Madeira Firecrest Regulus madeirensis. In addition, you can easily find several of the Macaronesian endemics (such as Canary Serinus canaria, Berthelot’s Pipit Anthus berthelotti and Plain Swift Apus unicolor) and there are unique local races of several other species.

Madeira is one of the two autonomous regions of Portugal (the other being the Azores) and is about 850 km southwest of Portugal’s southern tip and covers just 800 km2. You might think that since it is less than a tenth of the size of Yorkshire there would not be much to write about the island, but the authors have managed to pack this book with facts.

Crossbill Guides first appeared in 2004 and all follow the same basic layout. Firstly, the landscape and local history are described, including the impacts on nature conservation. Each of the main ecosystems are explored, along with geological features that affect wildlife. The next section deals with the species that can be encountered – flora, mammals, birds, reptiles, amphibians and invertebrates. The final section outlines 16 routes that you can follow on foot or by car – varying in duration from two hours to a whole day – and there is certainly enough to keep you busy for at least a week. There are also 14 additional ideas for trips you can make to extra sites. Those wanting to find the recently split Desertas Petrel P. desertawill need to read the excursions section as it involves a boat trip to the Desertas Islands – 25 km southeast of Madeira.

For the general naturalist there is plenty to see as well. Madeira’s laurel forests and mountain peaks are home to several rare and often endemic plants and animals such as the Madeiran Wall Lizard Lacerta dugesii, which is easy to see. There are also great opportunities to view cetaceans offshore and, in particular, Sperm Whales Physeter macrocephalus are present all year.

This book is illustrated throughout with colour photographs and maps. There are also checklists highlighting the main species for most taxa, and lists of other useful facts that any visitor would want to know.