East Somerset is an amazing, and very much under-watched, area. I’m very fortunate that within an easy walk, or a few minutes’ drive of home, there are two of the best patches.

Birding to the sound of lions roaring, whilst giraffes amble past is not a normal experience in the English countryside! If you’re walking in the Longleat Estate, however, that’s expected. The woods surrounding this and adjacent estates are a wonderful place for birding. Areas with a canopy of mature Beech Fagus sylvatica and a ground-cover of Bluebells Hyacinthoides non-scripta are a good hunting ground for Wood Warblers Phylloscopus sibilatrix, while Willow Warblers P. trochilus and Common Chiffchaffs P. collybita are more likely to be heard in the mixed woodland. There are good numbers of Blackcaps Sylvia atricapilla too; early this spring they were everywhere! Surprisingly, given that there are some areas of thick undergrowth, Garden Warblers S. borin are rare. Goldcrests Regulus regulus are common, and not only in the conifer plantations but throughout the woods. One such area used to hold Firecrests R. ignicapilla, but they have not been recorded for several years; given that they are doing so well in some parts of southern Britain (see pp. 750–751), I am hopeful that they might return. 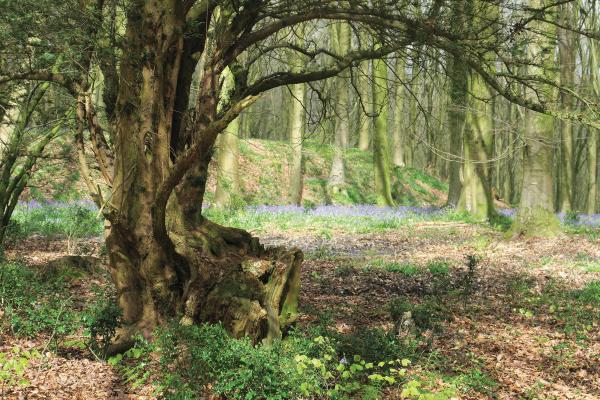 This patch includes my Breeding Bird Survey (BBS) square, the data from which have shown that stability of the habitat has been reflected in relatively stable numbers and species of birds. However, both Wood and Willow Warblers have declined over the last ten years whereas Eurasian Nuthatches Sitta europaea are widespread and there is a regular nest site for Spotted Flycatchers Muscicapa striata. European Nightjars Caprimulgus europaeus rapidly colonise clear-fell areas.

In winter, the wetter sections have Woodcocks Scolopax rusticola, and it’s always worth searching the older oak trees for Lesser Spotted Woodpeckers Dryobates minor. Winter can be quiet in the woods, although mixed flocks of tits, with accompanying Goldcrest, Treecreeper Certhia familiaris and Nuthatch, move through the trees, while Common Chaffinch Fringilla coelebs and Brambling F. montifringilla flocks feed on the ground.

Habitat creation always seems to be a slightly odd phrase; even the most barren site has some habitat, so habitat improvement is surely a better term. Yet the habitat at Rodden Nature Reserve really has been created. This reserve was constructed over ten years ago as a means of preventing the River Frome from flooding Frome town. So when it rains a lot, the reserve floods rather than the town! This was funded by Asda as part of an S106 planning agreement. During construction, ponds were dug, a small brook moved, trees were planted, and areas of wildflower grassland seeded. One edge of the reserve is bounded by the river, others by the Asda store and, recently, a large housing estate. Over the years the species list has grown phenomenally, and the site has been designated a Local Wildlife Site by Mendip District Council.

Just 15 years ago, the site was fairly ordinary farmland, which yielded very few bird records, although both Common Kingfishers Alcedo atthis and Grey Wagtails Motacilla cinerea had been seen on the River Frome, with Dippers Cinclus cinclus a little farther downstream in the town. The bird list is now well over 100 species, some of which have been seen only once, but others now winter or breed regularly as a consequence of all that habitat creation. The reserve provided a big boost for east Somerset records in the recent Somerset Atlas. Colonisation by invertebrates and mammals has also been rapid and impressive. 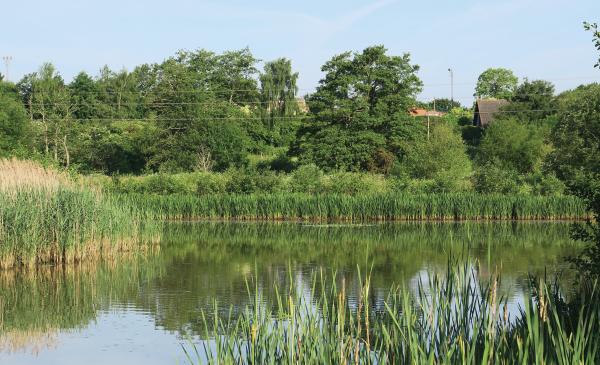 There have been some rarities: a Eurasian Bittern Botaurus stellaris appeared one March morning, stalking through the reeds, and a scrape has attracted Bonaparte’s Chroicocephalus philadelphia, Mediterranean Ichthyaetus melanocephalus and Yellow-legged Gulls Larus michahellis. Since the arrival and spread of Great White Egrets Ardea alba on the Avalon Marshes, it was no great surprise to find one on the reserve; Little Egrets Egretta garzetta are now regular, with up to five at any one time.

In winter, the reserve is a good site for Goosanders Mergus merganser (visible from the road!), and a whole range of waders and ducks. Common Actitis hypoleucos and Green Sandpipers Tringa ochropus are seen most winters; with Eurasian Teal Anas crecca and Tufted Duck Aythya fuligula being fairly regular. It’s unusual if a visit doesn’t include hearing Water Rail Rallus aquaticus or putting up either Common Gallinago gallinago or Jack Snipe Lymnocryptes minimus.

As the native plants start to set seed, finches arrive in good numbers. Goldfinch Carduelis carduelis, Siskin Spinus spinus and Lesser Redpoll Acanthis cabaret are the most common species, and are usually joined by the regular-breeding Reed Buntings Emberiza schoeniclus.

These are mainly species that could have been found in parts of east Somerset before the reserve was created, but it’s the range of breeding species that has really increased the list for the area. The highlight was probably a pair of Little Ringed Plovers Charadrius dubius that began to nest on a gravel-covered island but were ultimately unsuccessful (sadly). Hopes were high when a pair of Garganeys Spatula querquedula appeared, but they stayed only a few days. Reedbeds are a fairly rare habitat in east Somerset and have probably done the most to encourage new breeding species; it’s amazing that you can now hear at least seven pairs of Reed Warblers Acrocephalus scirpaceus, and two each of Sedge A. schoenobaenus and Cetti’s Warblers Cettia cetti in full song on a late spring morning, at the same time as watching an Otter Lutra lutra hunting along the edges of the pools.