Suffolk is a much sought-after county for birders, at times seemingly overshadowed by neighbouring Norfolk, but with enough headline birds to steal the limelight on a regular basis. Away from the coast, there is an under-watched valley that I used to walk around after school to get away from the homework and housework no teenager really wants to do. It was from this point on that I became more and more hooked on exploring my local area and getting out to see what was beyond my bedroom window.

The first area that I homed in on was Needham Lake, probably the most visited lake in Suffolk by the general public, famous for its ice creams and dog-walking footpaths. The familiar birds always stood out: Canada Branta canadensis and Greylag Geese Anser anser, Mute Swans Cygnus olor, Great Crested Grebes Podiceps cristatus, Black-headed Gulls Chroicocephalus ridibundus and Common Kingfishers Alcedo atthis. This list is far from any headlines, but those experiences took hold in a young kid’s mind. Over the years, this lake has had Bewick’s Swan Cygnus columbianus, Ferruginous Duck Aythya nyroca, Eurasian Bittern Botaurus stellaris and Great White Egret Ardea alba. Not bad for a small inland lake. Since it is so under-watched by birders, I’m sure that this list of scarcities is well short of what has actually turned up.

Having explored most of the areas around Needham Lake, I soon branched out into other parts of the valley where I could look for birds. Around Needham Lake were a series of other lakes and scrubby areas, and farther down the valley I came across an area known as Pipps Ford, which became the centre of my days on the patch. This area was made up of gravel-pits, woodland, areas of scrub and rough fields. On that first visit I clocked up 60 or 70 species on a summer’s evening walk, some of them patch lifers; it was immediately clear that this area needed more time spending on it throughout the year. Soon I was down at Pipps Ford most evenings after school, visits that were rewarded with patch lifers, notably passage waders (Black-tailed Godwit Limosa limosa, Ruff Calidris pugnax, Little Stint C. minuta, Jack Snipe Lymnocryptes minimus, Wood Sandpiper Tringa glareola – and more), although, in typical Ben Moyes style, I was missing during the real patch gold moments: Black-winged Stilt Himantopus himantopus, Glossy Ibis Plegadis falcinellus, Eurasian Spoonbill Platalea leucorodia, Montagu’s Harrier Circus pygargus, Black Kite Milvus migrans, Wood Warbler Phylloscopus sibilatrix (and more). However, there will always be one bird that tops all others I have had on my patch, the ‘Black-bellied Dipper’ Cinclus c. cinclus of October 2016. First found by a council worker in Needham Market, it spent 37 days on the river, mainly favouring a weir just upriver from Needham Market town centre, but did make a day trip downriver to a small stream at Pipps Ford, before returning to its original favoured area. 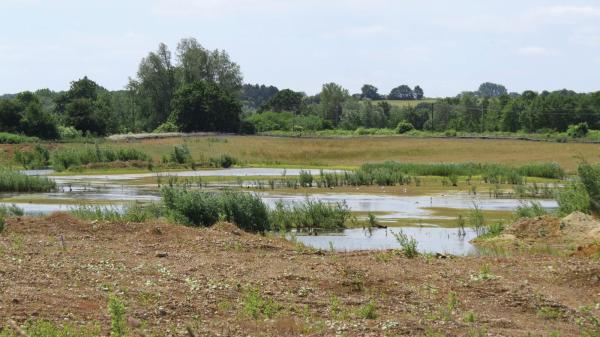 Realising that Pipps Ford was a magnet for birds in the valley, I soon wanted to explore further, and found two more lakes, Sharmford Mere and Causeway Lake, farther south along the valley. Causeway Lake has not (yet) surprised me with something unusual among the Mute Swan family, Mallards Anas platyrhynchos and Great Crested Grebes, but Sharmford Mere has delivered winter records of Common Goldeneye Bucephala clangula, Smew Mergellus albellus and Goosander Mergus merganser, along with White-fronted Geese Anser albifrons (and, for once, I found them!) and Bittern. In the surrounding fields, the winter of 2017 brought two Cattle Egrets Bubulcus ibis, both very cooperative to the visitors that came to see them; one of them even did the decent thing and stayed until 1st January to kick off the 2018 patch year list in style.

It may come across that I have been an unlucky patcher in the Gipping Valley, but I have still had plenty of fist-clenching moments. These include discovering my first wintering Goosander, finally finding both Woodcock Scolopax rusticola and Jack Snipe after much effort in traipsing around the fields, to getting onto a Honey-buzzard Pernis apivorus drifting southeast over the valley on an early summer morning. There’s always an added thrill when finding something good on your patch compared with finding something elsewhere in the country; it just has that added meaning, it’s that extra bit special. Being inland, the opportunities of finding something rare are more limited, but it can never be ruled out. Some of Britain’s best rarities have turned up inland, so if you don’t look, you’ll never be one of those lucky few that strike gold in their local area. One of my Dad’s best birding finds happened to be from our kitchen window, in a village on the outskirts of Stowmarket, right at the top of the Gipping Valley. Autumn was under way, and the washing up after another meal was in full flow; glancing out of the window, he was shocked to come face to face with a Short-eared Owl Asio flammeus cruising over the garden fence! How can experiences like that be topped? ‘Where were you?’ I hear you ask: not at the kitchen window, sadly. I was at school, education coming ahead of a magical owl encounter (although I have to admit to skipping Chemistry for that Black-bellied Dipper!). 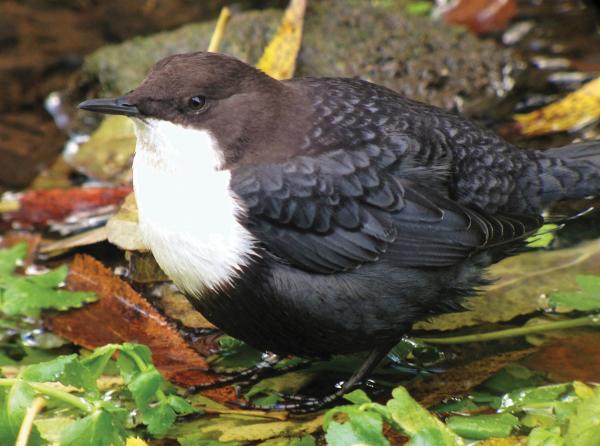 All of the privileged sightings mentioned above were made even more special by being within 15 minutes of my house. They will never make the headlines that other patches do, but the best part of having a local patch is the enjoyment of discovering what lies just beyond the boundaries of your own garden fence, however common or rare, big or small, spectacular or otherwise. The more you visit, the more you fall in love with a more meaningful aspect of birding, just like I and many others I know have done.