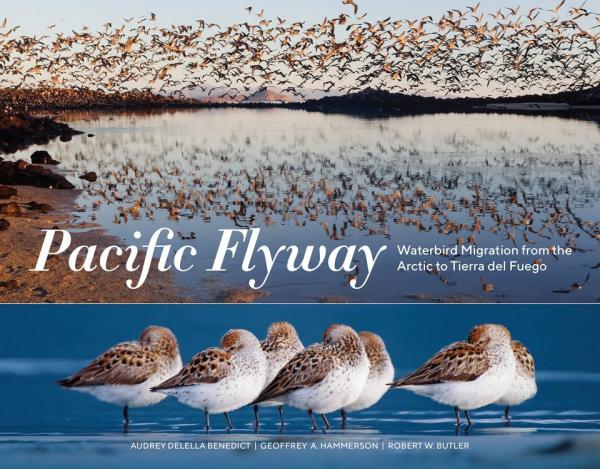 Until I visited Alaska last year, the Pacific Flyway was something I had read about but had not paid much attention to. This was a major oversight on my part as this flyway brings together birds from the Arctic regions of northeast Russia, Alaska and western Canada as they make their way along the Pacific coastline of North, Central and South America, some travelling 16,000 km to Tierra del Fuego in southernmost Chile.

The most striking aspect of this book is its outstanding photography: the work of around 100 photographers is featured and there are some absolutely stunning images of wildfowl and waders at various staging posts along the route. In most bird books the photographs simply support the script, but although I would not wish to dismiss the carefully crafted texts, in this book it is the other way around.

There are ten chapters, which describe different aspects of the migration. These cover topics such as navigation, the power of flight, food sources and the challenge of predation along the route. A useful chapter identifies and describes 47 crucial stop-off locations that are favoured by the migrating birds. At various stages throughout the text individual species’ accounts describe their migration and the strategies used.

This is a beautiful book, and despite working my way through it at least three times, I am still finding images that I want to return to again and again. Apart from the crispness and colour of the chosen photographs, I was astonished by the numbers of birds being shown together – thousands of Surf Scoters Melanitta perspicillatafeeding on herring eggs in Alaska, and several hundred Black-necked Grebes Podiceps nigricollis huddled shoulder to shoulder on a small area of open water on the frozen Yellowstone Lake in Wyoming.