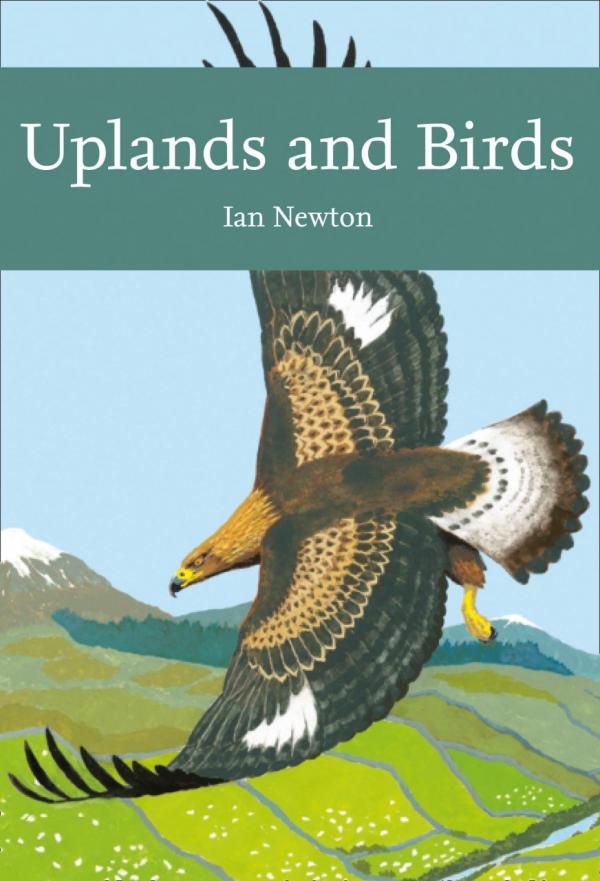 Sometimes the role of reviewer seems almost superfluous. Those familiar with Ian’s work from his many previous books will know exactly what to expect from this one and will not be disappointed.

The book can be seen as a companion to Farming and Birds published in the same series in 2017 (see Brit. Birds 110: 685–686). That volume included a chapter on hill farming. The current book goes into much more detail and also covers aspects of land use beyond farming, including game shooting, deer management, forestry and wind power.

There are 17 chapters in total, dealing with all aspects of the uplands and the birds that live there. The historical context is especially well covered, starting with the earliest influences of humans and providing a detailed overview of the more recent changes that have been so catastrophic for many species. In a few decades towards the end of the twentieth century, hill farming intensified dramatically and millions of breeding birds (as well as many other things) were lost. Reading the stark facts is perhaps even more shocking than living through the period, when gradual but relentless year-on-year changes slipped by almost unnoticed.

The group of species that has declined the most is the waders and they get a chapter to themselves. Ian’s careful approach of setting out what is known about these birds and the reasons for their decline helps to shine a light on a complex and often contentious subject. He explains how predation, food supply and vegetation structure all interact to varying degrees for each species, influencing breeding success and population trends.

The book includes masterful coverage of two topics much in the headlines these days: the raptor–grouse conflict and rewilding. Each gets a full chapter, providing a welcome antidote for anyone fed up with the extreme, seemingly irreconcilable, views on either side of these debates. Here are the facts, set out as clearly and dispassionately as you could wish for. If you want to form your own opinion about these subjects, and other topics relating to the uplands and their birds, this is as good a starting point as any.