Wintering: a season with geese 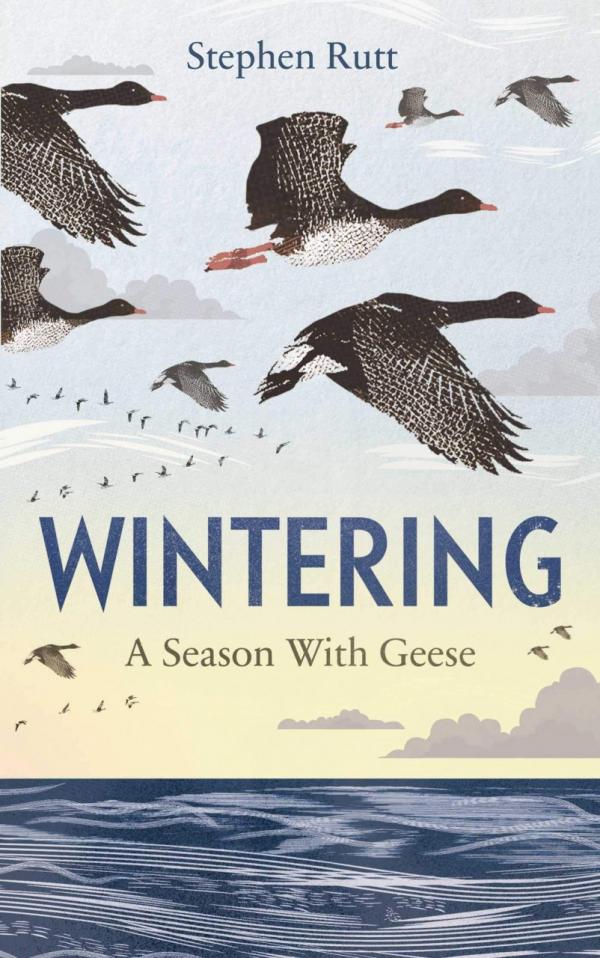 This is a story of one man’s winter with geese. Stephen Rutt moved to Dumfries in autumn 2018 and discovered the spectacle of wintering geese, igniting an awareness and an interest that had lain dormant in his native East Anglia. The two species that he found in numbers close to his new home – Pink-footed Anser brachyrhynchus and Barnacle Goose Branta leucopsis – are perhaps the two most likely to stir senses that have remained unmoved by encounters with geese in town parks and gravel-pits. The book is laid out with a chapter on each species, starting with pinks and then barnies. Rutt has to go back to his roots to find most of the other species – Brent B. bernicla, White-fronted A. albifrons and ‘Bean Geese’ A. fabalis and A. serrirostris – all taken in on a tour of the Essex, Suffolk and Norfolk marshes. His own encounters with these species are distinctly less compelling than the first two, but with all the geese he fills in the background with an entertaining ramble through other aspects – history, folklore, etymology, populations and conservation. Stephen is a skilled writer and his journey of discovery of wild geese is beautifully written. His chapter on the Greylag Goose A. anser – ‘a surprisingly dull species’ – was devoted mainly to a rambling discourse on domesticated geese, while one on the Canada Goose B. canadensis was missing entirely, which I felt was a shame; but the book still comes recommended by this reviewer.