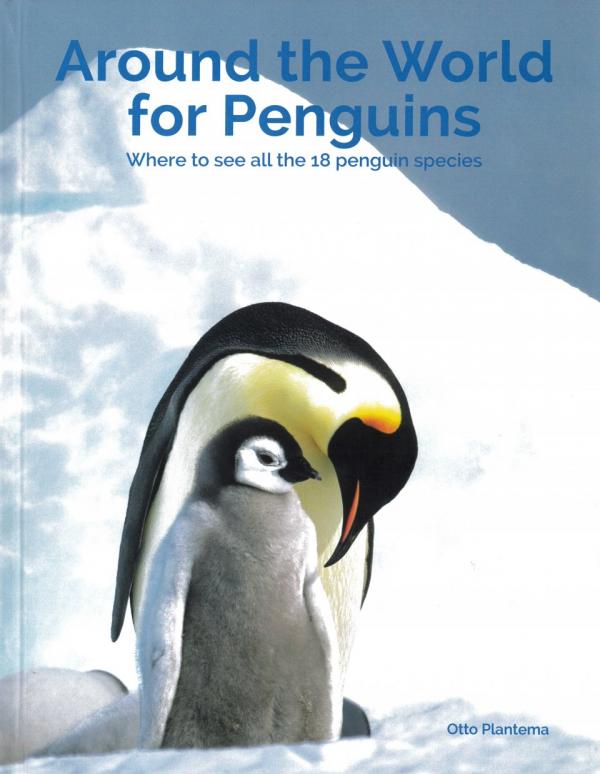 €22.50 + postage, from the author at otto.plantema@planet.nl

After albatrosses, penguins are now the second most threatened group of seabirds, with only five of the 18 species being considered ‘Least Concern’ by BirdLife International. Unlike the albatrosses, none are critically endangered… yet.

This book follows on from the success of Otto Plantema’s recent Around the World for Albatrosses (Brit Birds 113: 242–243). It is a comprehensive guide on where and how to see all the world’s penguin species. The format and design of this book follow his earlier offering, and if you are one of those people who believe that ‘real birds eat fish’, then this book will be irresistible.

The traditional approach to a subject like this might be via one of two routes: either a description of the world’s penguin locations or an assessment of each species and the main facts about their lives. But because each penguin species tends to live in just one or two areas of the world, the approach taken here is geographical, and it works well. So, although the King Penguin Aptenodytes patagonicus is found in many places, it is described under the chapter for South Georgia (where most people see it), even though the largest colonies are in the French sub-Antarctic. The same is true for the Macaroni PenguinEudyptes chrysolophus, but in each case the species is given ample text and photographic space wherever they appear.

As for many birders, Otto’s first encounter with wild penguins happened during a visit to the Falkland Islands, after which he decided that he wanted to see every penguin species on their breeding grounds. All the photographs in the book were taken by the author and there are plenty of tips for achieving great photographic results.

Just as this book went to print, it was announced that researchers had located 11 new colonies of Emperor Penguins A. forsteri using satellite images. That glimmer of hope needs to be seen against a background of challenges from climate change to commercial fishing. Other satellite images from recent years suggest that the King Penguin colonies on Crozet have declined by 88% over the past 35 years. Penguins need our protection, so it is great that revenues from this book will support BirdLife’s Marine Programme.