Britain’s disappearing birds and the people trying to save them 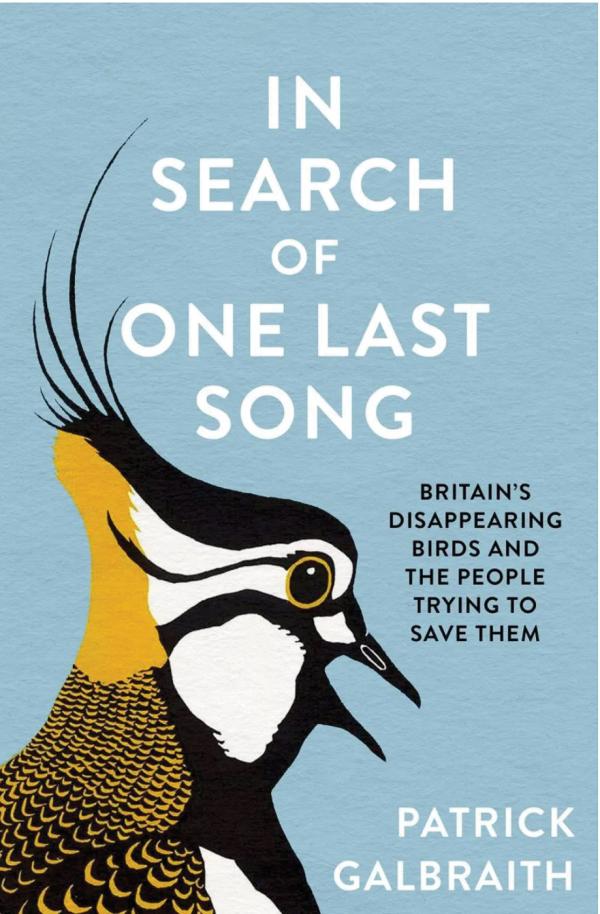 Towards the end of Patrick Galbraith’s debut book, he writes: ‘Down the decades, different people with different politics have tried to project their own sense of Eden onto rural England’s earth.’ It is a telling sentence. In Galbraith’s view, Britain is no avian Eden, but a country of dwindling birds and committed people making frantic attempts to save them. After a meeting with Chris Packham, where they disagreed with each other over their different approaches to saving our Red-listed species, Galbraith had a revelation in a pub toilet: if he doesn’t track down the ten bird species he writes about (including the Capercaillie Tetrao urogallus, Turtle Dove Streptopelia turtur and Kittiwake Rissa tridactyla), he might never get the chance; and so he goes ‘in search of one last song’.

Only, that’s not entirely what this book is about. The point of his journey, which takes him the length and breadth of Britain, is not merely to see (and, admittedly, his success in seeing is suitably hit-and-miss). The point of the book is to talk. It is conservation by conversation. For each of the species he writes about, he encounters the people who have something to say about its life and future: reserve wardens, birders, ringers; but also farmers, thatchers, hedge-layers, reed-cutters, gamekeepers, taxidermists, a handful of poets and, mercifully, only one ecological mystic.

Projection is limited to the mystic. The rest of the book is rooted in tangible reality. Galbraith’s writing is beautiful. Between the conversations, vignettes of his travels around the country searching for species are sprinkled, tellingly: sparse pubs in agricultural England, industrial decay in the Manchester docklands, bitter words in bleak Scottish hotels, road rage on the Welsh border. The effect is to add up, bit by bit, to a book that is as much a picture of modern Britain as it is of birds, though of course these things are related. The writing is subtle enough to let us make these connections ourselves. On nature, he is more matter of fact than most current writers. He lets the birds speak for themselves, like he lets his interviewees do.

Galbraith is a former editor of The Shooting Times. So, when he writes about ‘different people with different politics’, he means it. It would be impossible to agree with everything that he reports as being said in the book. He recollects witnessing wildlife crimes as a boy. Crows, Red Foxes Vulpes vulpes and Badgers Meles meles are often maligned. The strength of this approach – this blurring of conservation and conversation – is that it gives a voice to those who are voiceless. Who else asks the fisherman their opinion on the Kittiwake? Who asks a reed-cutter what they think of a Eurasian Bittern Botaurus stellaris – and which do we think will go extinct first, the bird or the job that maintains its habitat? Who else expected the field-sports enthusiast to write lovingly of the Hen Harrier’s Circus cyaneus‘accusatory eyes’? The people we hear from are those knee-deep in the thankless mud, doing their bit and what they all see as their best to save what remains, regardless of whether we agree with them. It is good to be exposed to these differing viewpoints. The common ground – a love of birds – shines through.

Everybody featured in the book is working towards the goal of saving their allotted species. Sometimes the end is a good starting point and Galbraith’s work feels more productive (and given in better faith, too) than any of the interminable online debates that rage on social media. The future is listening, and talking. In Search of One Last Songfeels like an important step in the right direction: a less divided future can only be beneficial for the birds.